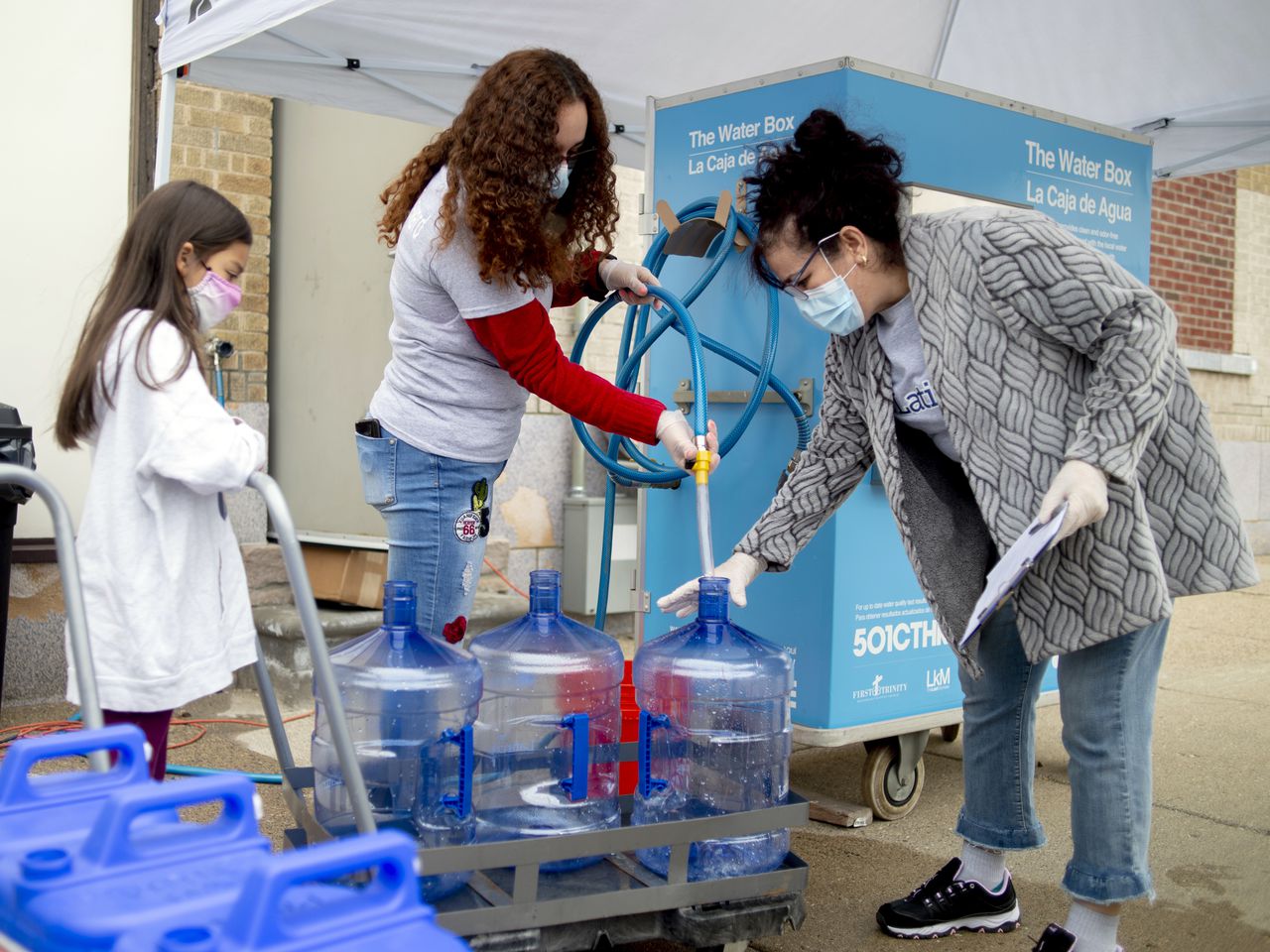 While the city expects to complete three major water infrastructure projects related to the water crisis, including the final phase of a pipe replacement program, other memories of the man-made emergency remain this year with no clear end in sight.

Although partial settlement of civil claims filed on behalf of Flint residents could be approved later this year, trials continue against defendants who have so far refused to resolve their cases, including the U.S. Environmental Protection Agency.

Criminal cases against nine current and former city and state officials are just beginning, slowed by a review of the grand jury’s testimony and evidence that led to the indictments in January.

“There is still a lot to be done, but we are moving our community in a positive direction,” Mayor Sheldon Neeley said in a statement released days before the anniversary of the water crisis. “The first step to regain trust in this community is to repair our infrastructure. After seven long years, I am proud to say that we are making significant progress. “

The service line exchange program, which began five years ago, could be completed earlier this summer after the city council approved a contract extension for Rowe Professional Services, the project manager, earlier this month.

Nearly 27,000 water pipes have been excavated by contractors, and nearly 10,000 lead and galvanized steel pipes damaged by corrosive Flint River water have so far been replaced by the $ 97 million project. An estimated 500 more homes remain to be excavated before the program can be completed.

In addition to this program, a new $ 6 million chemical feed building at the Flint water treatment facility on Dort Highway is scheduled to be completed over the next eight months, as well as a connection for a secondary water source, a $ 17 million Dollar project.

Although Flint is buying pre-treated water from the Great Lakes Water Authority, the new connection to Genesee County’s public water system will provide backup power in the event that GLWA’s service is ever interrupted.

In a news release on Friday, April 23, the city announced that work on water infrastructure projects completed to date is $ 104 million of the $ 167 million in state and federal funding for upgrading the water system.

In the most recent lead and copper tests of city water, which were completed in December, the lead levels in the 90th percentile in Flint were 6 parts per billion, well below federal measures. This means that 90 percent of the water samples from faucets that are at higher risk of lead contamination were below 6 parts per billion lead. The federal threshold is 15 ppb.

The effect of Flint’s water on those who drank it is at the center of the proposed partial civil settlement settlement in state and federal courts.

US District Court judge Judith E. Levy has given preliminary approval to the $ 641 million settlement. However, as of Friday, more than 100 objections had been filed in federal court for a variety of reasons, including objections to the formula used to split the money and the amount that settlement attorneys have requested.

Levy has scheduled a fairness hearing on July 12th to hear these objections.

By March 30, the Claims Administrator had received approximately 45,422 registrations for settlement that had been reviewed and initially reviewed. This was the first step in bringing a claim for part of the settlement.

Potential obstacles to the settlement include the potential of one of the settling defendants – the McLaren Regional Medical Center – to step out of the agreement and tackle the cases in which she was named in court.

Attorney Geoffrey Fieger said this week that 25 clients with pending water crisis lawsuits do not want to settle their cases against McLaren, who has the option to withdraw from the deal if any of the individual lawsuits against him continue.

Whatever happens to the settlement, these cases will continue against other parties who have previously refused to reach an agreement, including EPA, Flint Water Consultants and Bond Underwriters who are involved in funding the Karegnondi Water Authority.

The first civil lawsuits in connection with the water crisis are currently set to begin in a federal court in October.

Nine criminal cases related to the water crisis, including one indicting former Governor Rick Snyder of double willful misconduct, have begun in Genesee County District and District Courts but have been slow to take shape, in part due to a review of is Grand Jury documents of Chief Circuit Judge Duncan Beagle.

In February, Beagle ordered 45 witnesses in the cases to be forwarded to him grand jury records and transcripts for review in the chamber, and set a review date for June 14th to give him time to review and decide which records are to be turned over for discovery the cases, seven of which are pending with Circuit Judge Elizabeth Kelly

Snyder and former director of Flint’s public works division Howard Croft had assigned their cases to the Genesee District Court because they were not subject to crime.

Lawyers representing these defendants have, in some cases, filed motions to dismiss charges, questioning the authority of a one-man grand jury and the scope of its authority. Others, including Snyder’s lawyers, said they were charged in the wrong county.