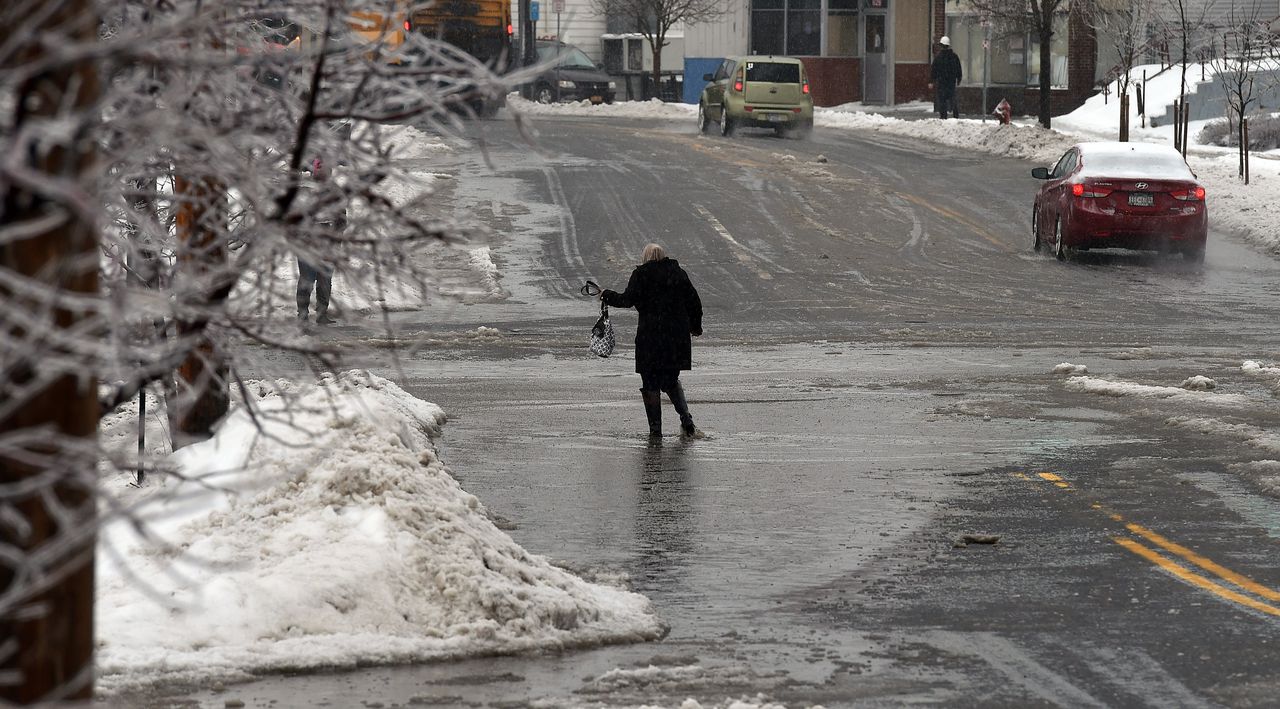 SYRACUSE, NY — Emergency teams across central New York responded to dozens of calls Sunday regarding burst pipes and water problems at homes, businesses, apartment complexes and even a local hospital.

Temperatures fell as low as -3 degrees in Syracuse on Sunday morning and stayed below freezing all day, according to the National Weather Service.

At least 20 people have been evacuated from the Parkrose Estates retirement community after a water main burst, causing a water leak and a ceiling collapse, emergency services said.

Liverpool, Moyers Corners and North Syracuse Fire Services responded at 3:35 p.m. on Janus Park Drive in the town of Clay, according to 911. Two Centro buses took the residents out of the building.

Several homeowners and residents of apartment complexes, including Riverknoll at Radisson in Lysander, Chestnut Crossing Apartments in the city of Syracuse and Village Green in Van Buren, also reported water issues, according to 911 on Sunday. Someone called Village Green at 10pm to say that water was dripping from the ceiling after a pipe burst in a building. Around 11 a.m. Sunday, someone at the Riverknoll Apartments in Radisson called 911 and said they heard fire alarms and pipes bursting.

Firefighters also responded to the Cracker Barrel restaurant on Pardee Road in Cicero at 8:17 p.m. Sunday after a water flow alarm went off, 911 dispatchers said. Crews cleared away around 9 p.m

In the city of Oswego, the Department of Works called 911 around 9:30 p.m. Sunday to report a water main burst on East Eighth Street. DPW closed East Eighth Street from East Bridge to East Cayuga Street while they worked in the freezing cold to repair the broken pipe.