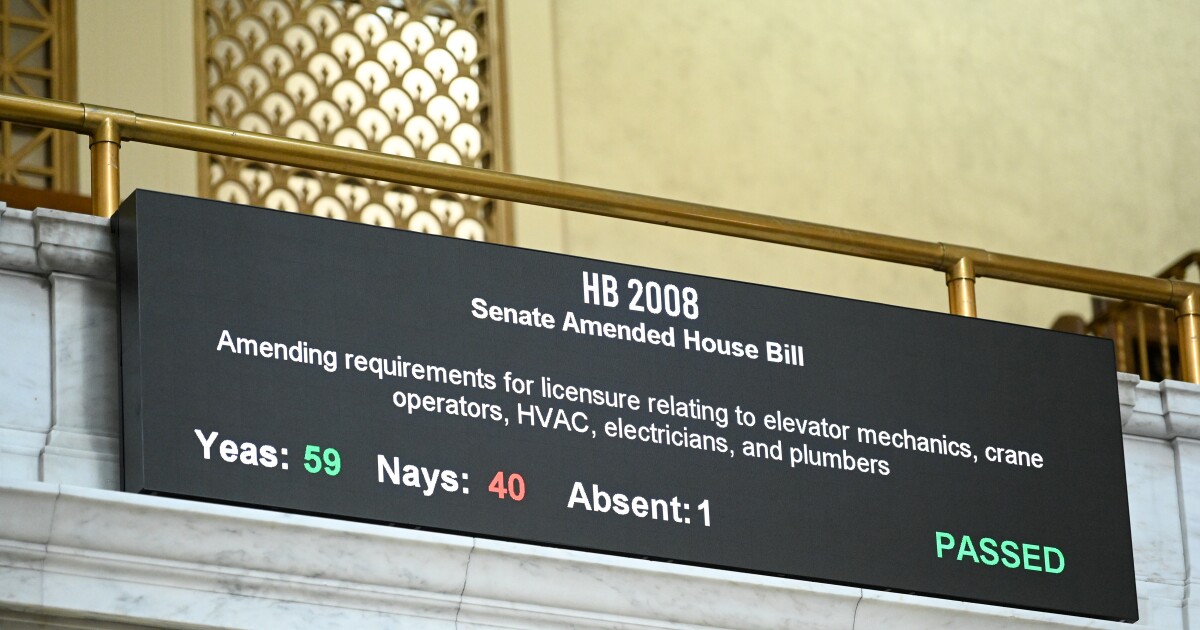 The bill would allow U.S. veterans who worked as HVAC technicians for the military to apply for certification using their experience from that time.

The legislation continues to repeal government statutory requirements for crane operators and continue to subject them to the requirements of the U.S. Occupational Safety and Health Agency.

Republicans who supported the bill in both the House and Senate of Representatives said it was about improving employment opportunities in West Virginia.

“The idea is not to hurt jobs, but to get government and bureaucracy out of the way and still achieve these things safely,” said Amy Summers, Majority Leader Amy Summers, R-Taylor, prior to the House vote on Thursday.

Democrats in both houses who spoke out against the legislation challenged the law’s attention to consumer safety.

“Let’s make it easy so everyone can come here and work,” DiSerio said. “Let’s not worry about our citizens. … Let’s just go ahead and vote this calculation through. ”

The House voted 59-40 to move the legislation forward with Senate amendments to the governor on Thursday.

The Senate voted in favor of the legislation at 5 to 4 pm on Wednesday.

This is one of the few controversial bills to come out of the House of Delegates to relax the rules on professional licensing.

House Bill 2007, which is still on the organizing committee of the Senate government, would create a “universal law on the recognition of professional licenses,” which requires the state to recognize licenses obtained for certain professions from other states.

Emily Allen is a member of the Report for America Corps.