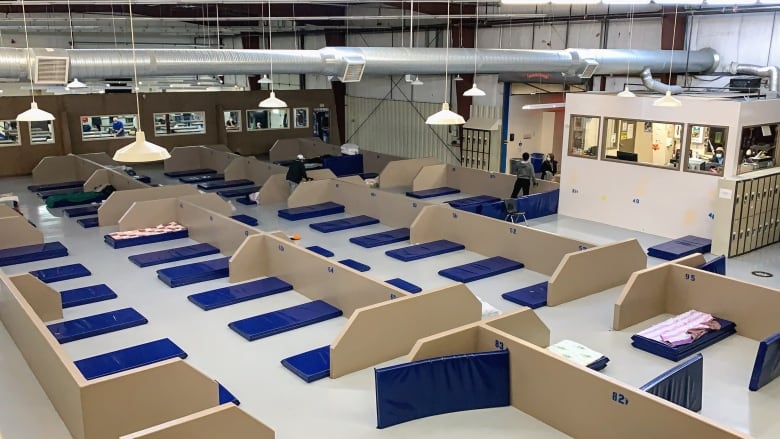 A freezing, record-breaking cold snap caused problems for many Calgarians, such as burst pipes, long waiting times for battery boosts and an increased risk of frostbite.

The cold temperatures caused the Alberta Energy System Operator to issue a level 2 emergency alarm Monday night as the weather was affecting some of the energy production.

The extreme cold has also frozen pipes in some houses and buildings, the city’s drinking water distribution director Chris Huston said on Monday.

The city has received around 50 calls for it since Christmas, he says.

“Most of the calls we get are because cold air … enters a building and freezes pipes,” said Huston.

During this time, Huston says, residents should avoid leaving windows open, especially in the basement.

“That is not recommended. Or if you do, make sure you have … either space heating or something close by. “

It’s also important to know where your home’s internal water valve is in the event of a burst pipe, the city manager said.

“If a pipe is broken or cracked and it leaks, this is the valve that turns the water off for you.”

The cold also gives drivers headaches. The Alberta Motor Association currently has waiting times of up to 42 hours for a battery boost, lockouts, flat tires and fuel delivery.

According to the AMA website, the company says the fleet experience is higher in extreme weather conditions than normal service requests.

“The average waiting time will increase as we prioritize members under uncertain conditions,” the AMA website says.

In order to be towed by the AMA, the waiting time is up to 50 hours.

AMA says to protect your vehicle in cold weather, drivers should plug in their car, refuel, use winter tires, and use synthetic oils.

Between Calgary and Edmonton last weekend, emergency services responded to 45 calls related to the cold weather.

EMS Public Education Officer Adam Loria said if you need to be outside, he recommends staying outside for a short time before going inside to warm up.

And if possible, keep the skin covered to prevent frostbite.

“When [frostbite is] If not detected quickly, it can lead to more severe tissue damage or more severe frostbite or limb injury. But these are obviously extreme circumstances. “

According to Loria, there is also a high risk of hypothermia, especially those who work outdoors or are homeless.

“People who walk, behave disoriented, or have slurred speech may have hypothermia and should see a doctor right away.”

As the cold Calgary weather persists, The Mustard Seed reminds people to keep an eye on the city’s vulnerable. (Axel Tardieu / CBC)

“We’re pretty full most days, but we’re working hard to network with the other shelters,” he said.

“I know based on what the industry and industry leaders are talking about, there is still plenty of room in the entire Calgary lodging landscape for people to come into the home.”

And for those who see someone on the street in cold weather, the manager says there is no harm in contacting them to see if they are okay.

“Just ask, ask questions: ‘Where are you staying tonight? Do you need help?’ [and] encourage them to go to a warming room or shelter. “