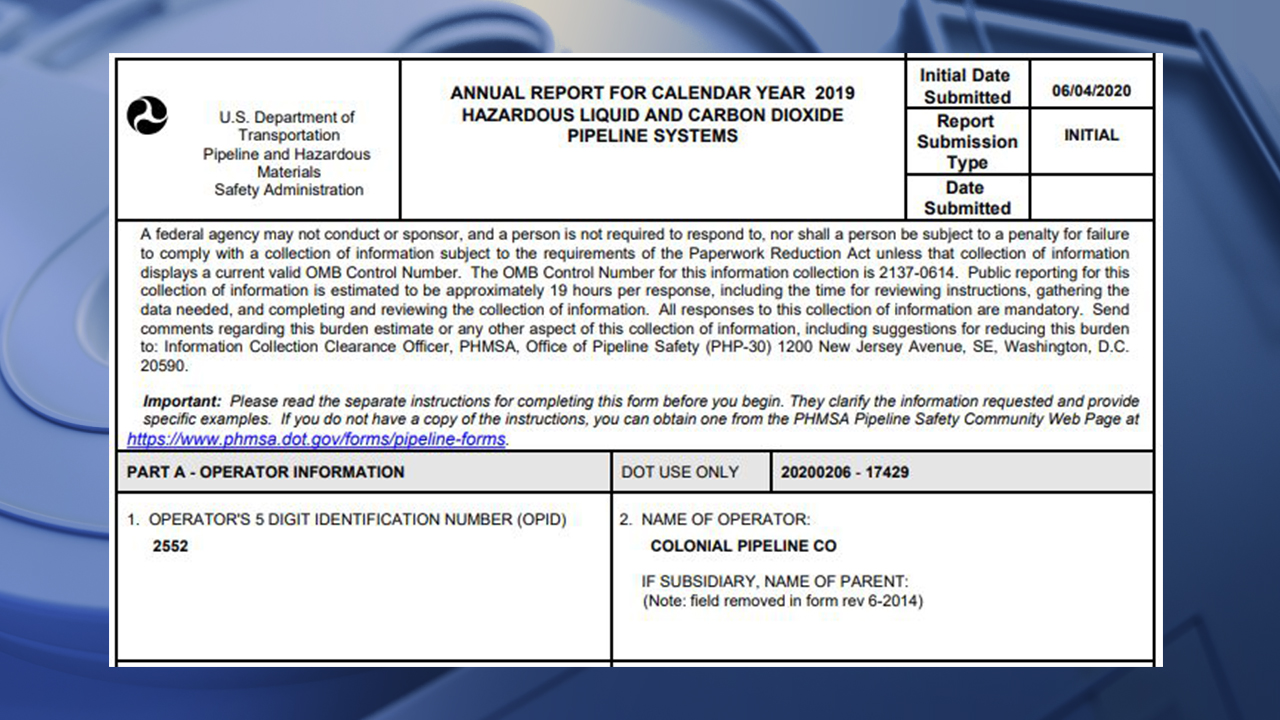 CHARLOTTE, NC (FOX 46 CHARLOTTE) – A FOX 46 investigation reveals surprising inspection reports on the Colonial Pipeline and shows how parts of it have been neglected.

One source took FOX 46 to Colonial Pipeline’s 2019 Annual Report, which was filed with the U.S. Department of Transportation, Pipeline and Hazardous Substances Safety (PHMSA) and contained some insightful information.

The pipeline, which extends from Texas to New Jersey, is 5,500 miles long. This report shows that only 3,451 miles have been inspected.

Another report detailing the PHMSA inspection carried out between January 14, 2019 and February 7, 2020 found that some of Colonial’s procedures to ensure safety were inadequate. There have been likely federal safety violations and inspection of underwater intersections has been delayed.

Crack and flaw tools were only used on 650 miles of the pipe, which is significant as the Huntersville leak reportedly spilled from a previously repaired crack.

We know that only part of the pipeline was repaired prior to the leak, but the report does not provide the geographic location for the 3,451 miles that were inspected. A total of 138 repairs were carried out on the pipeline in 2019.

Additionally, corrosion and deformation tools were only used on 909 miles of the pipe. This can become an important issue as Colonial is asked about the age of their gear.

The 2019 report also revealed that an incident occurred that year at the Colonial facility in Charlotte.

It happened around January 1 and indicates that an outdated, corroded structure caused $ 10 million in damage and released nearly 14,000 gallons of gas.

The pipes under the waterways should be inspected every five years or less. However, a table in the report shows cases of late inspections up to 11 months after the deadline.

FOX 46 reached out to Colonial Pipeline to inquire about whether PHMSA has imposed penalties and answered as follows:

“Colonial Pipeline is currently officially responding to the PHMSA report, which did not contain any penalties. Colonial meets or exceeds all legal requirements for its pipeline safety and integrity program, which includes in-line inspections of our pipelines at least every five years. Other monitors are more common. “