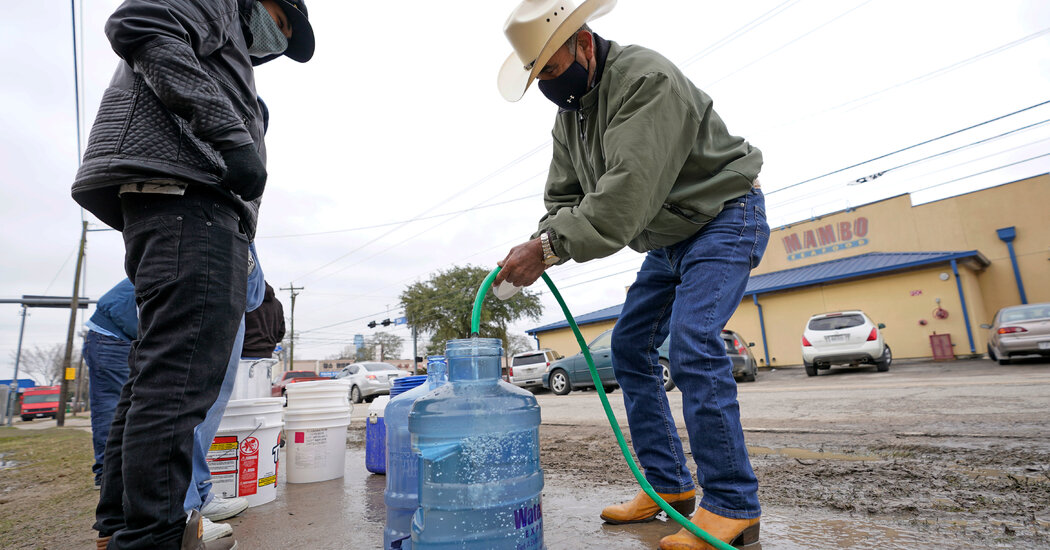 When power flickered again in much of Texas, millions across the state faced another major crisis: drinking water shortages as pipes cracked, wells froze, and water treatment plants were shut down.

The problems were particularly acute in hospitals. One in Austin was forced to move some of his most critically ill patients to another building when the taps were almost dry. Another in Houston had to haul water on trucks to flush the toilets.

For many of the state’s stuck at home, however, the emergency meant boiling the tap water that was dripping through their faucets, searching the stores for bottled water, or boiling icicles and filthy snow on their stoves.

For others it meant no water at all. Denise Gonzalez, 40, joined a crowd on Thursday at a makeshift relief center in a working class corner of West Dallas where volunteers were handing out food from the hold of a charter bus.

Back at her apartment, she said, the lights were finally on again. But their pipes were frozen solid. She couldn’t bathe, shower, or use the toilet. She said she had been calling plumbers all day but one of the few who answered told her it was $ 3,000 to assess the damage.

As of Thursday, more than 800 public water systems in 162 of the state’s 254 counties had been disrupted, affecting 13.1 million people, according to a spokeswoman for the Texas Commission on Environmental Quality.

Water infrastructure problems expanded to Tennessee on Friday when all passenger flights at Memphis International Airport were canceled due to low water pressure, the facility said.