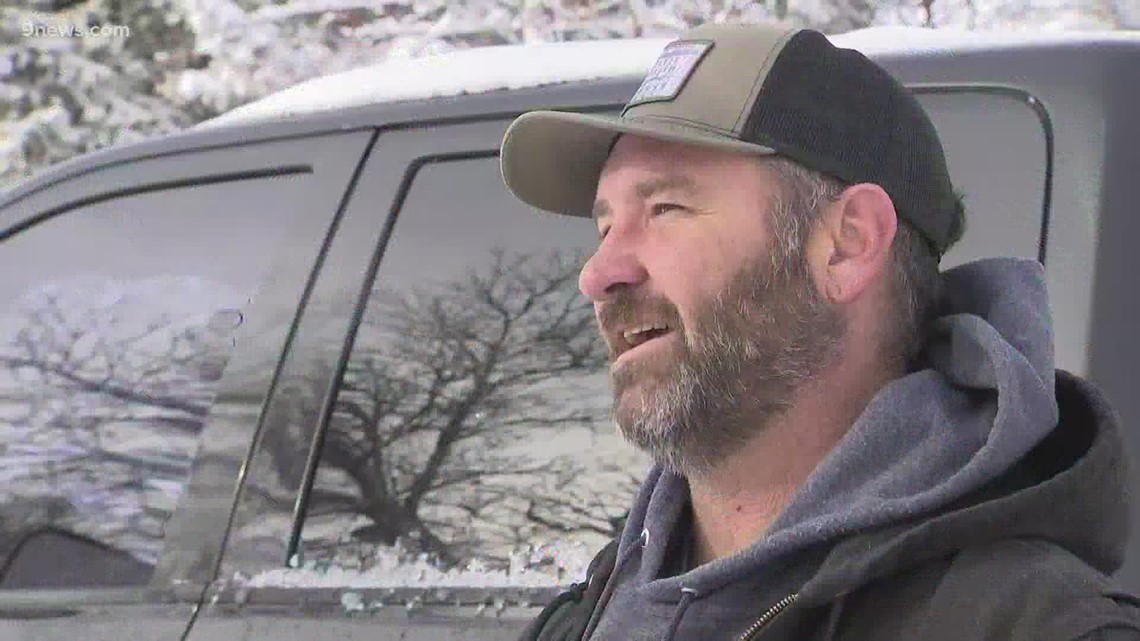 Patton Plumbing employees have gone door-to-door in Boulder County looking for people who might need help wintering their homes.

“None of these houses have electricity or gas in their house, so everything is cold and freezing, and we’re just trying to keep it from freezing,” said Jason Patton, owner of Patton Plumbing.

However, as of Friday, Patton Plumbing has been canceling their scheduled work so they can go door-to-door in Boulder County looking for people in need of help wintering their homes. Electricity and gas are still off for some homes along the Marshall Fire Trail, meaning cold temperatures are causing problems with the plumbing.

“It won’t be long before pipes around the house freeze and break,” Patton said.

When Patton asked his team to step in and volunteer, staff like Richard Murphy quickly joined in and went door to door asking if anyone needed help.

“In all honesty, me and my girlfriend were sitting in bed the first morning after we woke up, wondering what we could do to give something back, and I was actually glad I had a reason to do something,” said Murphy.

Patton and his plumbers believe they have helped about 40 families so far, and their campaign continues.

In crawl spaces, basements, and storage rooms, Patton and his team waste no time looking for and fixing problems created by the equation of zero heat and freezing temperatures.

As they drive from street to street, from neighborhood to neighborhood, the plumbers see the destruction caused by the fire. Some houses made it, some of their neighbors didn’t.

“No words, it’s just sad. They’ll be driving around the neighborhoods and we’re looking for people to help and see who’s outside their homes and you don’t even realize you’re suddenly standing next to houses that have just gone, “Murphy said.

It’s certainly hard not to think about the devastation as the crews work to help wherever they can.

“I’m just sad how many people lost their homes and thought of their pets. It’s just scary, ”said Patton.

Patton Plumbing says they want to continue their work to help as many people as possible. Jason Patton is just grateful to go out of his way to participate.

“Everyone wants to help, but they just don’t know how. We’re just lucky to have a way to help, ”said Patton.

RELATED: How a Group of Barn Workers and Complete Strangers Evacuated More than 100 Horses from the Marshall Fire

A hot shower is a must in winters

Plumber: Create a fancy space under a bathroom sink with a console sink setup |…

Home plumbing expert explains how best to protect your pipes from freezing, cracking…