East Side workshop turns others’ trash into home improvement treasure 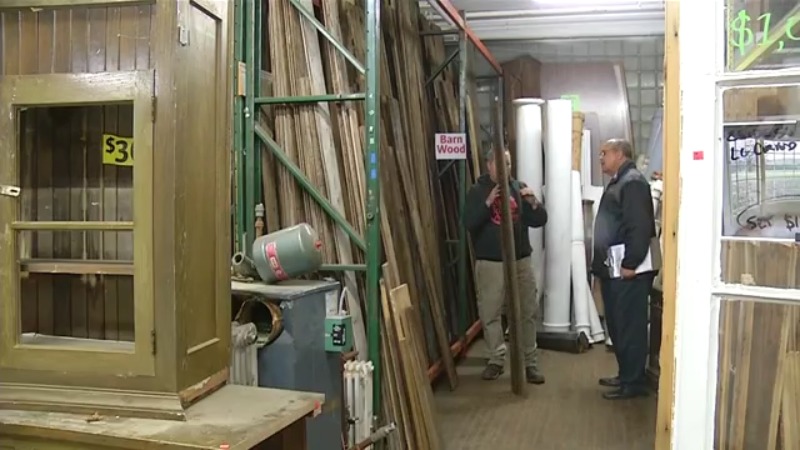 (WIVB) – They say one person’s trash is another’s treasure – but these days, some waste materials can alleviate the pain of supply chain bottlenecks.

An East Side store brings old products that already exist back to life.

It’s called Reuse Action because they do so many things with used material – even old things most of us would think are too far away to save.

Then they sell it, repurpose it, or even install it – almost everywhere from the East Side to the suburbs

Kevin Hayes describes himself as a “Reuse Evangelist” for Reuse Action. He showed News 4 one of their best-selling items – old wooden planks from old barns that were being demolished. In the shop you can find pretty much everything that was needed – from old flooring to windows, doors, chandeliers and kitchen sinks.

“Things like plumbing, plumbing fixtures, faucets, drains and all that – they can be really hard to find or repair when needed,” said Hayes. “We can help a little with that.”

The material here on the reuse campaign can come from almost anywhere – salvage material from demolition or renovation projects to an old barn that has outlived its usefulness – things you won’t find in any hardware store.

Reuse Action also employs carpenters and other artisans who build to customer specifications and install their end product from downtown Buffalo to the upscale suburbs.

“And they are mostly focused on restoration and reclamation and old stuff and the difficulties of restoring old houses,” said Hayes.

Even one of Western New York’s most iconic landmarks, the Seneca One Tower, is a crafting venue for Reuse Action – a three-meter table in the lobby.

“I swear every restaurant or bar in Buffalo that has been remodeled or rebuilt in the last 8 or 10 years has wood from us on the wall somewhere,” said Hayes.

Kevin Hayes also told us that they provided affordable building materials and jobs to landlords and Buffalo’s emerging immigrant community.

Reuse Action is only open two days a week. So if you want to browse they are on Facebook.

Al Vaughters is an award-winning investigative reporter who has been on the News 4 team since 1994. You can find more information about his work here. Click here to submit a Call 4 action.

How to Thaw Frozen Pipes Safely