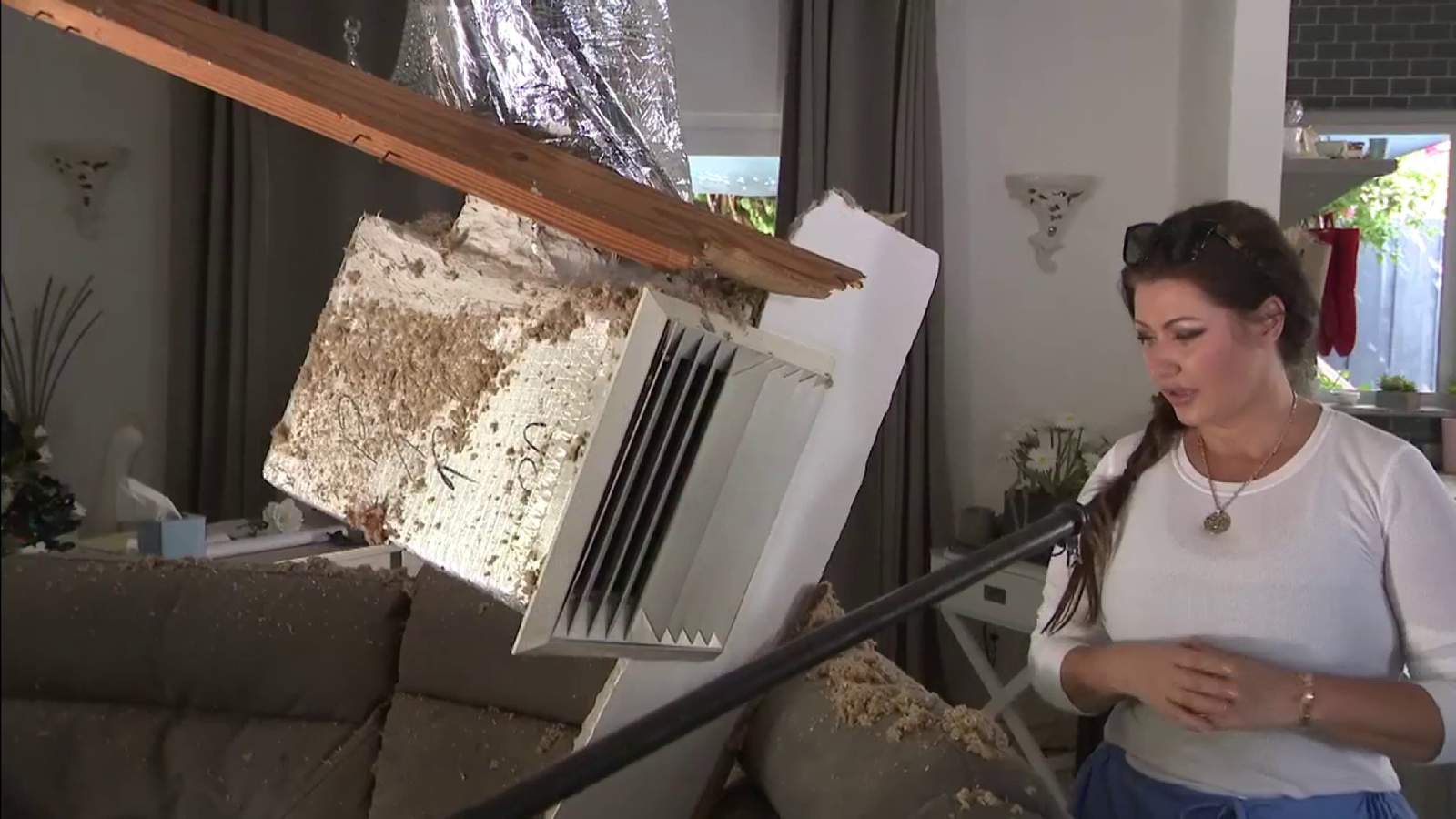 FORT LAUDERDALE, Fla. – Heather Riggs is still in shock after a crane collapsed in her home on Friday.

Fortunately, the family was on vacation and no one was injured. But the Fort Lauderdale homeowner says she is frustrated with how slowly those in charge are moving to fix the problem.

“As soon as I pulled up, I can’t even describe the shock,” Riggs said on Monday. “I look at the house and don’t know the next step.”

Apparently, neighbors had lifted a shed over their house and into the back yard when the crane collapsed.

Fort Lauderdale police happened to be outside for another call when it happened, and their body-worn cameras recorded the falling crane.

It appears that the crane’s supports were resting on the grass over a septic tank that gave way under the weight of the machine, causing it to tip over and crash through the roof next door.

There is absolute devastation in the Riggs’ house. And three days later there were still gaping holes open in the roof.

“This furniture is four weeks old,” said Heather Riggs. “It was just bought.”

Her son Justin Riggs added, “I was inside when the rain came and over the days you can see the water damage and seepage.”

Heather Riggs hopes her neighbors, the company that operates the crane, and the insurance companies will do the right thing.

“It wasn’t an act of God, it was preventable,” she said. “That was a mistake, a human mistake, and I’m paying the price for it.”

There is currently 24/7 home security but they are on hold until the insurance companies come out to assess the damage.