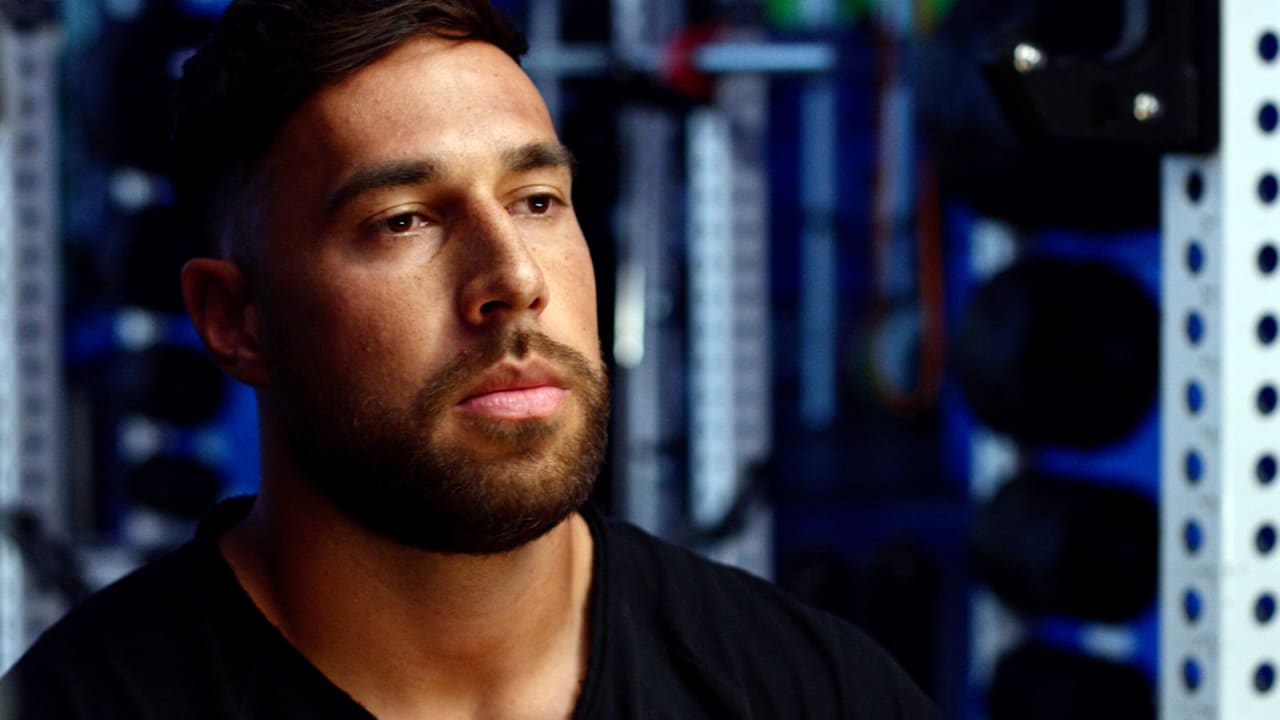 Leo was born and raised in Adelaide. He played rugby for a club team and Australian rules football in high school, much like Eagles punter Cameron Johnston from Geelong, Australia. When he graduated from high school, Leo’s father Michael pushed him to get a job in the trade. Craftsmen are in demand because of the booming construction industry.

Leo decided to become a certified plumber. He woke up at 3:30 am each morning to exercise before working as an apprentice for Hindmarsh Plumbing on large commercial construction sites where jobs lasted anywhere from six months to a year. In February 2013, Leo was at lunch watching Super Bowl XLVII between the Baltimore Ravens and the San Francisco 49ers when he sighed at his status in life. He wished he had grown up in the United States, where he could be part of football culture. He dreamed of running out of the tunnel and playing on the largest stage in the game. Leo was 20 years old at the time. He never played a little football. At least American football. And yet he dreamed of making it in the big time.

Almost two years later, Leo finally hit his breaking point. He was at a construction site, crawling on his knees to install a drain for a bridge when it rains. He distorted his 6-7 frame when he saw no clamp above himself and hit his head on it. It was 110 degrees and humid outside, but nothing compared to the fire that burned inside Leo.

Hoare heard from an Australian who, as a punter, received a partial scholarship to a Division II school. Leo thought to himself that he could kick a ball a mile. Could that be the route? Imagine a 6-7, 275-pound punter. Hoare did some investigative work on social media and tracked down the player who then referred him to a coach in Sydney who had some college contacts, Paul Manera.

Leo blew up Manera’s cell phone for a workout. Manera gave in and met with Leo. Manera told Leo how difficult the road would be for him. Leo didn’t benefit from it. Leo quit the plumber job six months before completing his apprenticeship. His company said a job would wait if he ever returned. Leo worked for a close friend in a nutritional supplement store while studying for the SAT exam and training for potential opportunities. In August 2015, about eight months after Leo left the plumbing tools behind, he emailed Tom Minnick, the head coach at Arizona Western Community College in Yuma, with a training tape asking for an opportunity.

The answer? Training starts next week.

In three days Leo packed up his things, said goodbye to friends and family, and flew to Arizona. The flight landed in Yuma at midnight. The airport was closed so no one could help Leo. He didn’t have a US cell phone number. It was his first time in America. He looked in the parking lot and noticed that the cars were “driving on the wrong side of the road”. The weather was hot and humid, the opposite of what Leo had left in Australia.

“I’m not going to lie, I’m homesick right now,” Leo said, remembering that moment, “but my goal and my dream never made me doubt why I was there. It was always this passion for me to want something too chase and fulfill something that was a dream of mine. Homesickness wouldn’t get in the way. “

He called a taxi and came to campus around 1:30 in the morning. He

He settled in his dormitory and slept for about four hours before it was time to do some weight training before the first day of training. He hit the field as a 23-year-old who never competed against players attending Power 5 conferences but fell through the cracks looking for a second chance. The coaching team argued between the end of Leo and the line of defense. The coaches tried the defensive line first. On the first snapshot, he blew the order, but got into the backfield and fired the quarterback.

The trainers nodded in agreement. Leo would stay on the defense.

In his first season he played special teams. In 2016, Leo was a starter on the defensive end for a unit that ranked 2nd in the country in yards and points allowed in the JUCO ranks. Arizona Western won its first eleven games before there was a heartbreaker in the National Championship Game.

Leo managed to get a scholarship to a Department I program. The University of Arizona was the first to offer something. Iowa State offered a scholarship after Alex Golesh, coach of Cyclones’ Tight Ends, was impressed with Leo’s game and personality when he tracked down another player.

Iowa State? Leo had to google where Iowa was.

He made an official visit and immediately established a relationship with the coaching staff. After a medical redshirt season in 2017, Leo made his debut in the state of Iowa at the age of 26. No wonder his nickname in the defense room was the Cyclones Dad.

“When you go to a Division I college (age 25) you say, ‘Oh my gosh, I’m an old man,’ but when I put on a helmet and go out into the field, I feel no different everyone else, “said Leo. “I consider myself an older brother who wants to show you a good influence.”

His mother Margaret headed to Iowa to see her son play Kansas on Senior Day in November. Michael Leo has not yet seen his son play in person and usually watches the games in the middle of the night in Australia. Leo hopes his parents can come to America to see him play. And he also plans to fulfill a promise to his former career-boosted colleague Hoare by flying him and his family out to a game.

“I thank everyone who stepped into my life and believed in me enough and contributed in any way, shape or form to my coming here today,” said Leo.