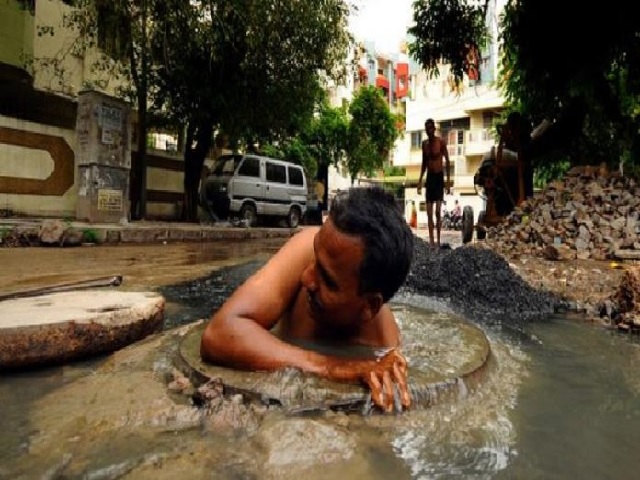 The government announced two major decisions on November 19, 2020 to end the dangerous practice of manual cleaning of septic tanks and sewers, and to introduce machine cleaning.

While the Ministry of Social Justice is changing the law on compulsory cleaning of machines, the Ministry of Urban Affairs has launched a Safaimitra Suraksha Challenge to ensure no one has to enter septic tanks or sewage tanks.

Although several Supreme Court rulings and existing regulations prohibit manual cleaning of sewers and septic tanks without strict precautions, nearly 800 cleaners have died in the past 5 years.

• • The state capitals, municipal authorities and smart cities are eligible to participate.

• • The assessment of the participating cities on site will be carried out by an independent agency in May 2021. The results will be announced on August 15, 2021.

• • The total prize money under the Challenge is Rs. 52 crores, which will be given to winning cities in all categories.

• • The state governments have undertaken to mechanize all cleaning processes for septic tanks and waste water tanks by April 31, 2021. If a person has to go down the sewer in an emergency, an oxygen tank, appropriate equipment, etc. must be provided.

MD, NSKFDC, provides an overview of credits and financing options for the purchase of mechanized equipment and the rehabilitation of Safaimitras at the webinar (Start of the Safaimitra Suraksha Challenge: From Manhole to Machine Hole Transformation) organized by MoHUA. pic.twitter.com/bXgO76ZCMG

R Subramanyam, Secretary for Social Justice and Empowerment stated that the fundamental change to the current ban on the employment of manual scavengers and their rehabilitation law will be to make machine cleaning compulsory. He added that it shouldn’t be just an exercise, it must be the only exercise.

While discussing the funds, the minister said that the funds will be provided directly to the plumbing workers and not to the municipalities or contractors for the purchase of the machines. The ministry wants workers to own these machines so that municipalities can use them when needed.

Manual flushing is a term used to manually dispose, clean, carry, or otherwise treat human waste in an open drain or pit. For caste based and dehumanized work, manual scavengers typically use hand tools such as brooms, buckets, and shovels.

The plumbing workers, known as manual scavengers, have to use tinplate and brooms to transport excrement into baskets, which they then take to disposal sites, often several kilometers away. Workers rarely have personal protective equipment.

In 1993, the use of manual scavengers to empty a certain type of dry toilet that required manual emptying was banned in India. The law was then expanded and refined in 2013 to include trenches, unsanitary latrines and pits.

In India, manual cleanup was most common in 2014 in Gujarat, Maharashtra, Uttar Pradesh, Madhya Pradesh, and Rajasthan.