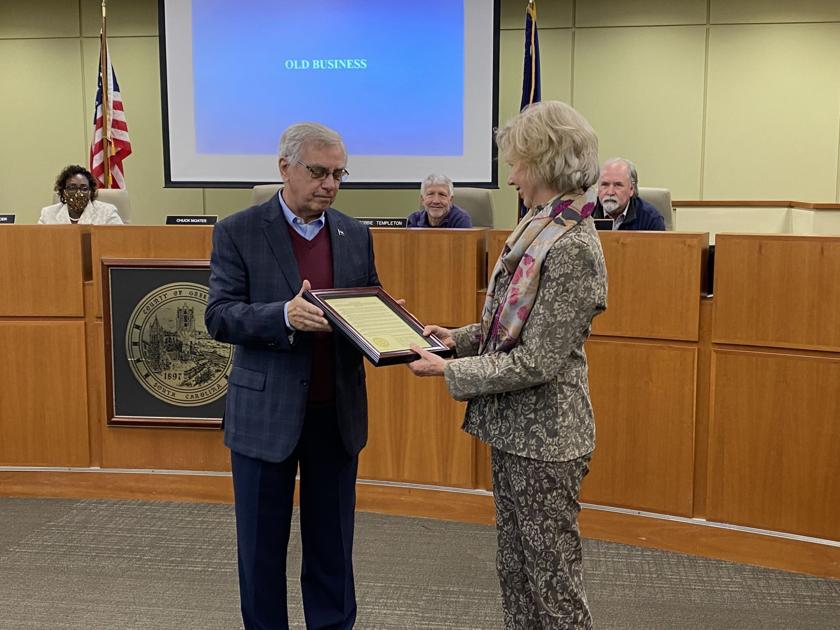 Greenwood County is one step closer to a nationwide record management system.

Greenwood County Council unanimously approved a resolution allowing the county to enter into a contract with Caliber Public Safety to create a statewide RMS at its Tuesday night session.

The original contract with Caliber included the mobile units of the Greenwood Police Department and the Greenwood County Sheriff’s Office, as well as the E-911 system.

“They’ll add the jail, county sheriff’s office, city police, and Ware Shoals Police and Police Department of 96 for a total of $ 540,000,” Josh Skinner, sales tax coordinator for the capital project, said at the council meeting.

The council’s approval is contingent on the other bodies – mainly 96 City Council and Ware Shoals City Council – approving the plan. Skinner made the presentation before going to the Ware Shoals city council meeting on Tuesday night to seek approval.

Skinner said he would get Ninety Six approval next week.

The RMS will allow law enforcement agencies in the county to share records with each other and with authorities across the country, according to information provided by Skinner.

Skinner wasn’t alone working on the project. Danny Byrd, IT director for the City of Greenwood, worked with Caliber to secure this contract.

“Danny, thanks for your work on this,” said Alderman Theo Lane. “You saved the county about three quarters of a million dollars.”

The council also approved an intergovernmental agreement between the county and SCDOT to fund and manage the Highway 246 expansion project.

Both projects were approved in 2016 by the district’s voters as part of the sales tax for capital projects.

“A little less than our record,” said Skinner. “But we’re still trending up.”

Skinner reported to the council on the status of CPST projects.

“Parks are out of the design phase and are in the actual construction and design phases,” Skinner said.

He said the plan for Grace Street was to demolish the old CPW water treatment plant to make parking space for the rest of the park.

The council made a proclamation to Anne Craig, former executive director of Greenwood Arts Council, when she retired after 23 years of service.

“Continue to be the bright light and star that you are in this ward,” said Vice Chairman Chuck Moates.

Craig thanked the council for its support over the years.

The council blessed the county’s tax officer to begin the five-year real estate reassessment and also approved a list of roads to be submitted to the county’s transportation committee for funding.

Robert Russian, the county’s public works director, said the list was compiled on the worst first basis – with the worst roads topping the list for funding.

The council also approved the transfer of $ 154,900 from the 2007 Capital Project Sales Tax Fund to the Hydro Fund to cover additional planning work for the Lake Greenwood Emergency Spill Project.

Rett Templeton, the county engineer, said the project was underway.

“We’re getting closer,” he said.