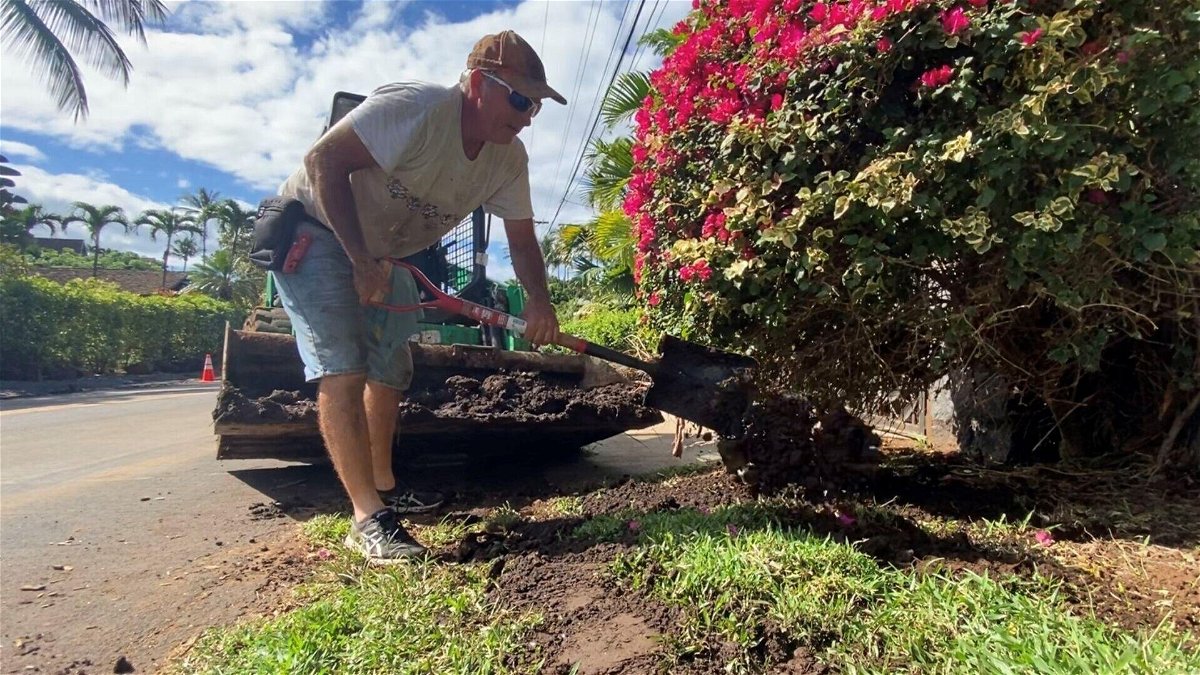 KIHEI, Hawaii (KITV) – Cones still line the streets in Maui Meadows, where flooding has carried away chunks of asphalt and other debris.

“Water [was] drive down the hill with enough force to hit that retaining wall. And according to our neighbor, the water collapsed over the mailbox, ”said Steve Williams from Maui.

“The water came here with so much force that it ended up being carried away right away,” said Coleman. “It landed in the middle of the street, about 150 meters”.

Days later, Coleman took a break from the disaster assessment and enjoyed a moment of ease in his dirt-filled swimming pool. Then he went to drain the muddy water.

“In the end we rented a large garbage pump, 10 hp. And it vacuumed that pool dry in about three and a half hours and had to get the last 100 gallons of mud and grime and stuff out, ”Coleman said.

Maui Meadows was badly hit by the storm after the floods took an unprecedented path. That left residues, not recommended from swimming …

“It actually smells like feces. It could have come from the backcountry of the ranch. I don’t know where all of this is coming from – it will be a good fertilizer for sure, ”said Coleman.

Utility Charles Reed says there has been no shortage of work since a week ago Monday.

“That was the worst – just trying to get through the traffic and the mud. Lots of cars piled up from the sewers. It was pretty dramatic for me. I’ve never seen anything like it, “said Reed.

Maui Meadows residents tell KITV4 that it means a lot of man hours and money. But in the end they are happy that no one was hurt.

Please note: this content is subject to a strict local market embargo. If you share the same market as the contributor to this article, you are not allowed to use it on any platform.

How To Affordably Renovate Your Harlem Home