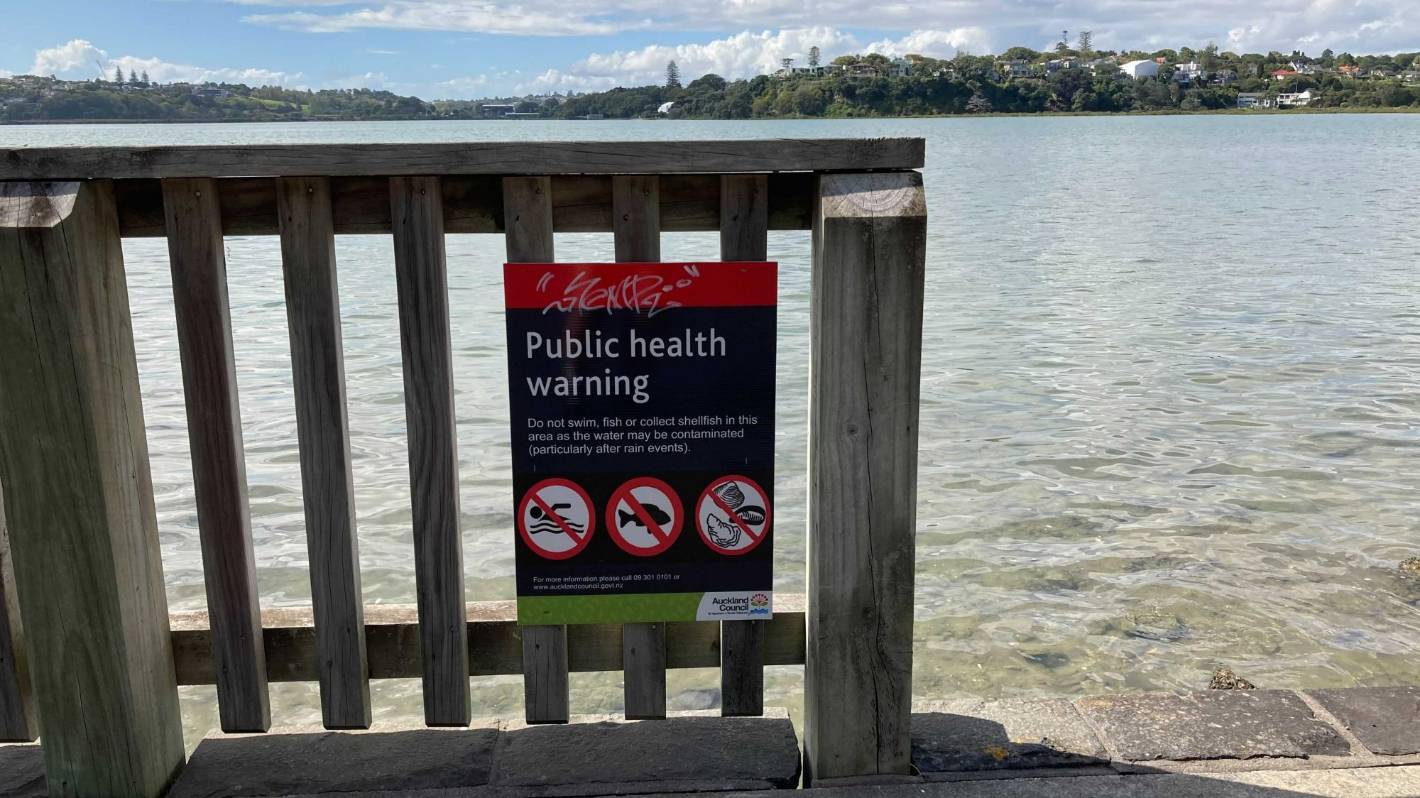 In April 2020, tests of water from a stream connected to Hobson Bay found 200,000 units of E. coli, 700 times higher than public health guidelines allow. The strong smell of sewage from the brook caused the residents to “choke”.

An ongoing investigation by the Auckland Council has so far identified five residential and three commercial properties with illegal sewer connections.

Wardrākei City Councilor Desley Simpson said Hobson Bay has one of the “worst water qualities” of any Auckland beach and is “subject to constant health warnings.”

Auckland Council Safeswim program manager Nick Vigar said most of the illegal links have been fixed, but he expects to find more as the investigation progresses.

There is a public health warning at Hobson Bay.

According to Vigar, the connections were “simple mistakes” that had existed for hundreds of years.

The connections were unknown to the owners.

“The sheer number of those we found in Newmarket is an indication of how complex the drainage network is,” said Vigar.

A chairman of the community association said the situation was “unacceptable”.

“A sewer connection is important, possibly enough to get a grip on public health guidelines.”

Alastair Bell, the chairman of the Ōrākei Community Association, said he was disgusted to hear about the situation.

“It is unacceptable for sewage to leach hills and local streams into Hobson Bay or anywhere else.”

It raised the “bigger question of how much densification a neighborhood or suburb can take,” he said.

“It doesn’t make sense for Auckland’s growth to be addressed by adding more houses, apartments and businesses based on old infrastructure, be it pipes, roads or trains.”

A council team will work solely on Hobson Bay for the next three months, but this could take up to a year, Vigar said.

BWSSB to set up helpline to regulate cleaning of pits, septic tanks