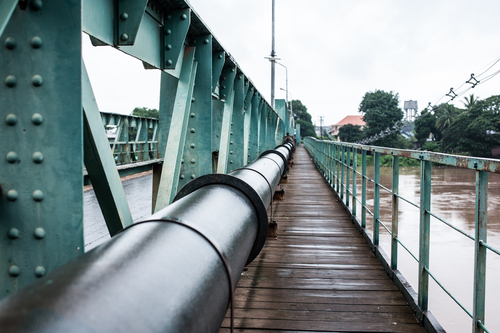 The Illinois Commerce Commission accepted the conclusions in a recent study of Peoples Gas’ plan to replace aging natural gas pipelines in their Chicago service area.

An independent study by engineering firm Kiefner and Associates found that by replacing the aging gas system, Peoples Gas will significantly reduce the risks in Chicago’s natural gas distribution network. It was also found that more than 80 percent of the iron pipes in the Peoples Gas delivery system have an average remaining life of less than 15 years.

“This independent study and the ICC’s extensive analysis underscore the urgency of our systems modernization program,” said Charles Matthews, President and CEO of Peoples Gas and North Shore Gas.

Peoples Gas is in the process of replacing 2,000 miles of aging iron pipes, some 150 years old, with modern pipes that won’t rust or corrode. The upgrades improve both safety and reliability and reduce methane emissions.

The replacement effort began in 2011 in response to a US government call for action by US Secretary of Transportation Ray LaHood. The call to action came after a natural gas explosion in San Bruno, California that killed eight people, injured 58 and destroyed 38 homes. Since then, gas pipeline explosions have occurred in Pennsylvania, Texas, New York, Massachusetts, and most recently in Maryland. As of 2013, Peoples Gas has installed more than 758 miles of modern gas pipeline, 70,492 utility lines, 165,133 outdoor natural gas meters and 242,345 explosion protection devices as part of this project.

“Thanks to an infrastructure driver approved by the Illinois General Assembly in 2013, we were able to continue these capital-intensive safety improvements,” said Matthews. “The driver offers stability and ultimately enables us to do this work at a lower cost for the customer than would otherwise be possible with conventional tariff structures. It also allows us to maintain hundreds of union and veteran jobs at a time when many workers are out of work. “

Not only did the ICC accept the conclusions of the Kiefner study, but it also urged People’s Gas to improve ICC reporting and updates. In addition, the ICC calls on Peoples Gas to provide a cost-benefit analysis for a possible additional leak detection.

Peoples Gas, a subsidiary of the WEC Energy Group, serves more than 867,000 residential, commercial and industrial customers in Chicago.