Kitchen Faucets for Cooks and Wannabes 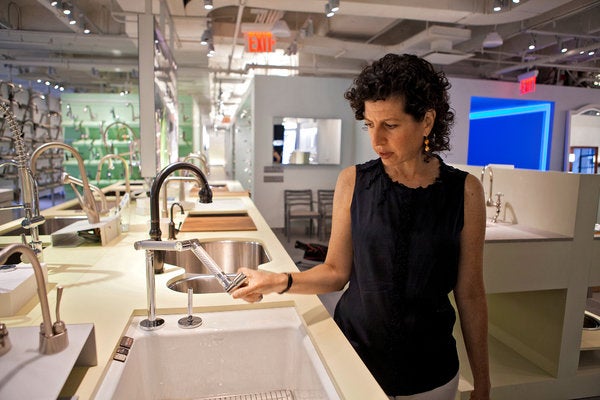 For some time now, the kitchen has been the center of most people’s homes. “Just like the stove was a place where people gathered,” said Eve Robinson, a New York interior designer, “the kitchen is now the place.”

That is why many people prefer open kitchens. This is also the reason why the selection of devices takes so much time and effort. The once inconspicuous kitchen faucet, for example, is now anything but.

Before you rush to choose the best looking one, however, start with an honest assessment of your kitchen skills and habits. As Ms. Robinson, 49, said, “There are many people who have beautiful kitchens who order.” Almost every night, in fact. “When you’re not cooking, there are many, many options to choose from.”

But if you cook regularly, she said, “The most important thing is lightness and function,” which greatly limits the field.

For active cooks, Ms. Robinson recommends single lever faucets instead of separate controls for hot and cold: “When your hands are dirty, you often want to be able to control them with your elbow.” She also likes models that come with a spray, either Integrated in the tap or as a separate fitting, because they are helpful when washing out the sink.

In search of faucets beautiful enough to please a hypothetical cook and functional enough for a real one, she started in the Davis & Warshow showroom in the Architect and Designer Building in Midtown East, where she immediately started with the multi-articulated Kohler Karbon has been recorded. “It reminds me of a toy,” she said, turning it into different shapes. “If you have kids, they’d love to play with them.”

She also liked the Blanco Culina, a more serious looking model with a head attached to a steel spring. “I’d rather use this in a professional kitchen,” she said, noting that the head, which is held by a magnet until pulled out for washing up, offers a lot of flexibility.

In Gracious Home on the Upper East Side, she chose the KWC Suprimo to make it clear that a tap doesn’t necessarily have to be a statement. “This is one of my favorite faucets,” she said, “because it’s so clean and simple and very easy to use.”

But for the ultimate in simplicity, Ms. Robinson said, it’s hard to beat mid-century modern designer Arne Jacobsen. His Vola KV1 from Hastings Tile and Bath has “beautiful proportions and very simple lines”.

It’s a statement, but a calm one for a chef who, in one way or another, has nothing to prove. As she put it, “This is for the really modern, minimal chef.”