‘Mashed potatoes’ consistency a recipe for problems in concrete pipes 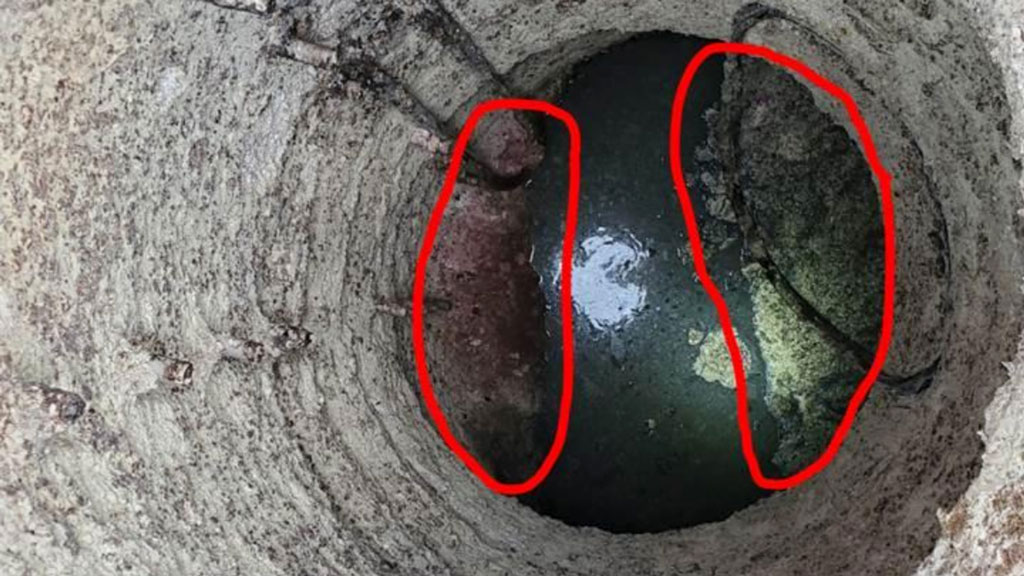 No, it’s not the edible kind. One recipe for turning concrete into a “mashed potato” consistency, however, is to combine different kinds of sewage.

Such was the case in Windsor, Onta’s West End industrial estate, which is home to a wide variety of businesses, from food processors to steelmakers to warehouses and even the new Gordie Howe International Bridge, which is currently under construction.

Earlier this year, a Windsor City Parks official who was making the rounds noticed a couple of sinkholes along the four-lane Ojibway Parkway, a commuter route near the Detroit River that leads into central Windsor.

“Our maintenance department has been called in to investigate,” said Andrew Lewis, Right of Way and Field Coordinator for the City of Windsor. “At that point we discovered that there were some problems with the existing concrete pipe in the floor and the manholes.”

The problems were waste from a food processing plant, which was accompanied by heavy industrial runoffs that, according to Lewis, caused a “perfect storm” that resulted in the formation of hydrogen sulfide gas.

This resulted in the concrete line and 20 year old concrete walls of the adjacent manhole turning into the mashed potatoes, creating the sinkholes. That pipe wasn’t installed until 2001, “so we’ve only got 20 years of it,” noted Lewis.

Hydrogen sulfide also gives off the putrid egg smell that has been noticed occasionally in the area recently.

Lewis said all users of the sewer are being monitored for discharges and “all within” their limits. “So it’s not like any particular industry is doing anything specific to cause this,” he added. “It’s just that this was the by-product of their discharges.”

Meanwhile, short-term work with mobile pumps and hoses transports the wastewater above ground around the deteriorated pipes on the way to the nearby west side pipeline and to the Lou Romano water treatment plant about a kilometer away.

A consultant based in Ontario, Andrews.engineer, was called in by the city and concluded that 1,100 meters of pipe with a diameter of 675 to 975 millimeters only needed to be rehabilitated. The most effective and economical way to do this has been to use the plastic CIPP (Cured in Place Pipe) technique. With the trenchless method, the existing concrete pipe is used, whereby the felt polyester is inserted and filled with resin. Hot water or steam is then used to “harden” it within the existing deteriorating concrete pipe, essentially forming a new pipe replacement.

“The resin turns into the plastic,” said Lewis.

The $ 3 million project, on which the city has made rapid progress due to the critical industrial area served by the line, will be carried out in the New Year and will last until the summer. The contractor is Ottawa-based Clean Water Works. There are also 21 manholes that have a similar effect with a sprayed relining.

Minor excavations may occur while the pipe replacement is trenchless.

“The potential is there if there is a problem excavations need to be repaired,” the official said.

The importance of the annular gap for pipe jacking – Trenchless Australasia