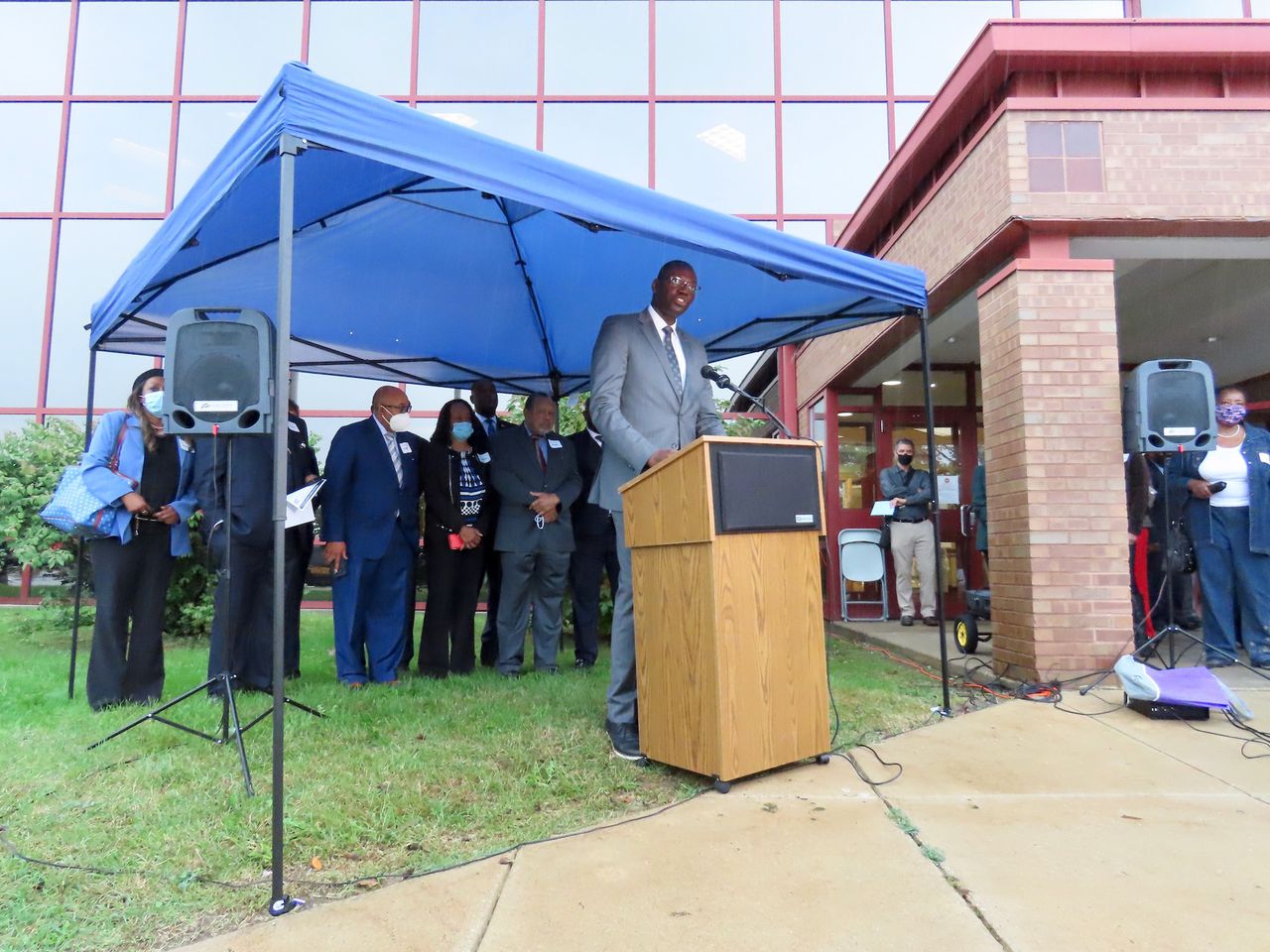 BENTON HARBOR, MI – All of Benton Harbor’s lead lines would be excavated and replaced by April 2023 as part of a goal announced by Michigan’s Governor Gretchen Whitmer amid an escalating response to toxic lead in the city’s water supply.

According to the Michigan Department of Environment, Great Lakes and Energy (EGLE), the removal of lead pipes would be funded with $ 18.6 million previously provided. Federal funds are expected as part of a huge infrastructure bill going through Congress.

The new goal marks an accelerated schedule for moves that were previously expected to take five years or more.

“While this is a very ambitious and aggressive goal, we believe it is achievable,” said Gilchrist.

The effort was carried out as part of an “all on deck, all government” approach to lead-contaminated water in Benton Harbor, a black-majority town in southwestern Michigan that has had successive rounds of testing showing elevated levels of lead since 2018.

Whitmer on Thursday instructed state authorities to “quickly take all appropriate measures” to provide Benton Harbor residents with clean drinking water, free or inexpensive lead-related services and health care, and to communicate with townspeople, among other things.

The state says it has asked the U.S. Department of Agriculture to provide families in the WIC program in Benton Harbor with ready-to-use baby foods that don’t need to be mixed with water, and is calling for Medicaid services to be expanded to help reduce lead in homes .

Lead, a neurotoxin that can damage the brain and organs, is not safe.

The supply of bottled water, which began in earnest on October 6, when the state officially advised city residents to turn off the tap, will continue “as long as necessary,” Gilchrist said. The state has already sent more than 33,000 cases and this amount is expected to come in every week in the future.

Direct deliveries to homes and apartment complexes will be added to the bottled water distribution plan, said Gilchrist, which previously saw volunteers distributing cases in drive-through community centers. The state also plans to hire residents of the community to distribute bottled water.

The state began stepping up efforts in Benton Harbor in late September, going door-to-door to hand out filters after 20 environmental and public interest groups petitioned the U.S. Environmental Protection Agency asking for state intervention in the city demanded. which was under a state-appointed emergency manager between 2010 and 2016.

Benton Harbor has between roughly 3,000 and 6,000 lead service lines, but no one is really sure where they are due to poor records.

The 2022 state budget provides for US $ 10 million to replace lead lines in Benton Harbor. That, along with a previous EPA grant of $ 5.6 million and an additional $ 3 million in revolving government funding, has already been earmarked for lead pipe removal, according to EGLE. That might not be enough. The agency estimates that the removal of lead pipes in Benton Harbor could cost $ 30 million.

“We still have a significant amount of federal funding that has yet to be used by Michigan state lawmakers, some of which can be used on infrastructure projects like this one,” Gilchrist said.

The waters of Benton Harbor caught regulatory attention in 2018 when the city’s lead tests took place in the 1990s. Since then, levels have remained elevated in every successive round of testing.

Independent experts have suggested that due to the sharp decline in the customer base relative to the size of the distribution system, changes in Flint’s sampling method, and the increase in the number of tested homes across the city, the city has started to see overshoots.

Benton Harbor didn’t begin adding corrosion inhibitors until March 2019, under pressure from the Michigan Department of Environment, Great Lakes and Energy (EGLE), which drinking water systems use to coat the inside of lead pipes and prevent lead from entering the water.

The Berrien County Department of Health began providing free faucet filters and replacement cartridges to residents of Benton Harbor in 2019. The German government is currently investigating the effectiveness of these filters.

Local advocates and environmental groups who are critical of the state’s response praised Whitmer’s actions on Thursday.

“This is what we have been waiting for – an ‘all on deck’ approach to addressing the lead contamination crisis in Benton Harbor,” said Rev. Edward Pinkney, president of the Benton Harbor Community Water Council over the past few weeks handing out bottled water supplied by the state and bought it on their own for the residents for a few years. “The governor’s directive is a welcome move to let the community know that the water is now unsafe, but help is on the way.”

The Michigan GOP and Republican Governors Association criticized Whitmer Thursday, citing a story from Detroit News detailing the state’s efforts to address the problem by optimizing treatment in the city’s water system and using faucet filters, to reduce the risk instead of telling people the water is not safe to drink.

“The inaction by Whitmer and her administration to address this issue is yet another failed promise to add to the growing list, and this is having a disastrous impact on Benton Harbor residents,” said Michigan GOP spokesman Gustavo Portela.

At the press conference on Thursday, Benton Harbor Mayor Marcus Muhammad responded to the question of why the city had not implemented anti-corrosion protection before 2019 by referring to the city’s previous status under state-appointed emergency management and this as a “missing part.” “Denoted that” does not exist “. doesn’t even make it into the story. “

“We won’t look back,” said Mohammed. “We’re going to look ahead because it’s on my watch, Governor Whitmer’s watch, and we’ll solve it once and for all.”

According to the U.S. Centers for Disease Control and Prevention, there is no safe lead exposure for children. Exposure to high levels of the toxic metal includes damage to the brain and nervous system, slow growth and development, learning and behavior problems, and hearing and language problems. Exposure has also been linked to lower IQ and decreased attention span and performance in school children.

Keep it flowing: Protecting your plumbing when the weather gets cold