Migrants using drains to sneak under US border 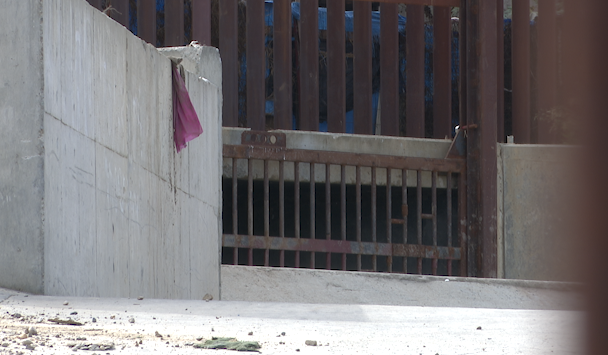 Justin De la Torre, agent in charge of the border patrol’s Imperial Beach Station in San Diego, says an increase in large gatherings of migrants has been dropped off along the border since October.

How are infrastructure funds distributed at the border?

He said these groups often try to get into the country illegally by using gullies that allow water to flow from one side of the border to the other.

“Honestly, bringing in large groups all at once is draining our resources, so our agents are now sparsely distributed and the border becomes a little more fragile during this time,” said De la Torre.

According to CBP, agents have encountered large groups from Brazil, Venezuela and Portugal using the sewers to cross the border. One group from Brazil included 86 men, women and children, while another group included 93 people, officials said.

The sewers between San Diego and Tijuana are used by smugglers as a route for undocumented migrants.
(Salvador Rivera / border report)

De la Torre said people traveling through the gullies are at serious risk, including serious injury, drowning and falls from steep terrain.

“This year alone there were 12 known fatalities in this area where migrants were trafficked and smuggled,” he said. “The task of the border patrol is to ensure the safety of the people, the Americans, our agents and also the migrants. … The smugglers do not have this aim; All they care about is making money. “

De la Torre says the gates stay closed when it’s not raining, but agents must open them when storms come in order to maintain the natural flow of water from Mexico to the US

“We put bars and grids in the drainage systems to keep people from getting through, but the smugglers go down with power tools and cut through those grids and make it easier for migrants to enter illegally.”

According to CBP figures, the number of migrants detained on the southern border has fallen for the third consecutive month since a surge this summer.

CBP reports more than 164,000 arrests along the entire U.S.-Mexico border in October, a 23 percent decrease from July.