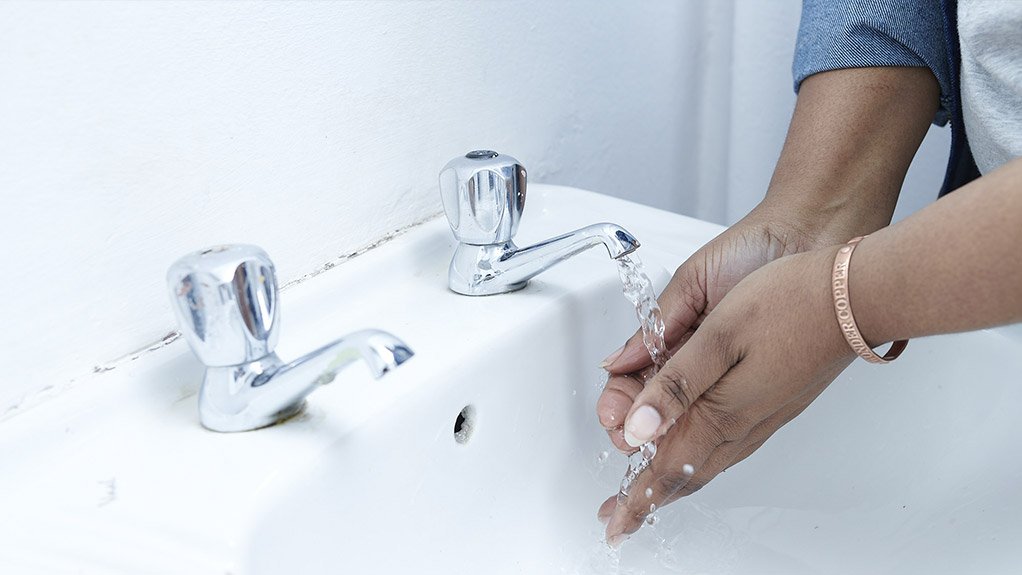 / MEDIA STATEMENT / This content was not authored by Creamer Media but is a provided media release.

In less than 10 years, water demand is forecast to exceed supply in South Africa. It is therefore up to households and companies to use water efficiently in order to avert this impending crisis. Implementing efficient plumbing systems is a critical first step in the water management hierarchy that prioritizes specific water conservation interventions.

“Fixing leaks and installing water-efficient plumbing fixtures and fittings on properties are the simplest and most cost-effective of the three levels of the water management hierarchy. By initially focusing on improving the efficiency of existing plumbing systems, some premises have been able to reduce water requirements by more than 50%. This happens before the subsequent levels of the water management hierarchy are implemented in order to further reduce dependence on municipal supplies. These levels include reuse or recycling of water; Outsourcing of water through methods such as rainwater harvesting; and the regeneration or treatment of wastewater before it is reused, ”said Brendan Reynolds, Executive Director of the Institute of Plumbing South Africa (IOPSA).

IOPSA-accredited plumbers are trained to correctly repair leaking pipes and faulty plumbing systems, as well as installing new water-saving fittings. This is on top of the skills and experience required in the subsequent levels of the water management hierarchy. This includes the possibility of properly and safely channeling treated gray water and groundwater sources directly into buildings for specific applications. The members of the association have therefore worked with many engineers in the country on “greening” projects, which among other things have helped households, companies, educational institutions and schools to reduce their dependence on heavily loaded municipal networks.

These water efficiency projects include those carried out in Cape Town to push back “day zero” when the city was expected to run out of water during the worst drought in the Western Cape in more than 100 years. While the situation in the city has now normalized, many areas of the province, including cities in the Great Karoo, are still suffering from severe water shortages due to the prolonged drought.

In other provinces, too, the demand for water-efficient plumbing has increased significantly, considering that they play a major role in lowering municipal water bills. This has helped motivate homeowners and businesses to use water more efficiently. This trend is expected to continue undiminished as water costs continue to triple. Municipal water costs have risen four times faster than inflation and in 2020 were almost 1,300% higher than in 1996. These levies, including the groundwater levy, currently make up the second largest component of municipal bills after electricity. You make it up

between 28.2% and 17% of the municipal bill for households with low or high incomes.

The demand for efficient sanitary installation is also driving extensive innovations in sanitary systems from international manufacturers. For example, companies have made great strides in improving the efficiency of toilets and flush mechanisms. Such a flush mechanism can save around 5,000 liters of water per month for households and up to 16,000 liters of water per month in large rooms that are used by many people, such as schools. “Older toilets use up to 13 liters of water per flush and normal toilets now use around 6 liters per flush. Toilets are still the largest consumer of water in households. Flushing accounts for almost 30% of the average house’s indoor water consumption, so many international manufacturers are focusing heavily on this aspect of plumbing to reduce water consumption, ”he says.

Another important innovation in the field of efficient sanitary installation is the low-flow shower head technology. These plumbing fixtures use around 10 liters per minute compared to the 15 liters of water that conventional shower heads use per minute. They work by either restricting the flow of water and forcing it through very small openings on the shower head, or by mixing air into the flow. The latter, the most popular of the two types of low-flow shower heads, works similarly to faucet aerators. Although simple devices that are easy to install, faucet aerators have a significant impact on household and real estate water usage by reducing the flow of water from faucets.

Another benefit of these technologies is their role in minimizing wear and tear on pipes and fittings by reducing flow – if properly installed and maintained by qualified installers.

IOPSA continues to work closely with many municipalities in the country to promote the efficient use of water in their jurisdictions. It does this by ensuring that homeowners and businesses always use the services of qualified plumbers to install, maintain, and repair plumbing systems certified by the relevant quality authorities.

“The Department of Water and Sanitation has long recognized the role that plumbing can play in reducing water usage. For this reason, it has developed model statutes for water services to help municipalities ensure the efficient use of water in their areas of responsibility. This sample service charter contains clear information on the tasks that can be performed by qualified plumbers. IOPSA is assisting some municipalities in implementing these model statutes for water services to ensure that the

highest standard in sanitary technology so that our valuable water resources are used responsibly by the residents, ”concludes Reynolds.