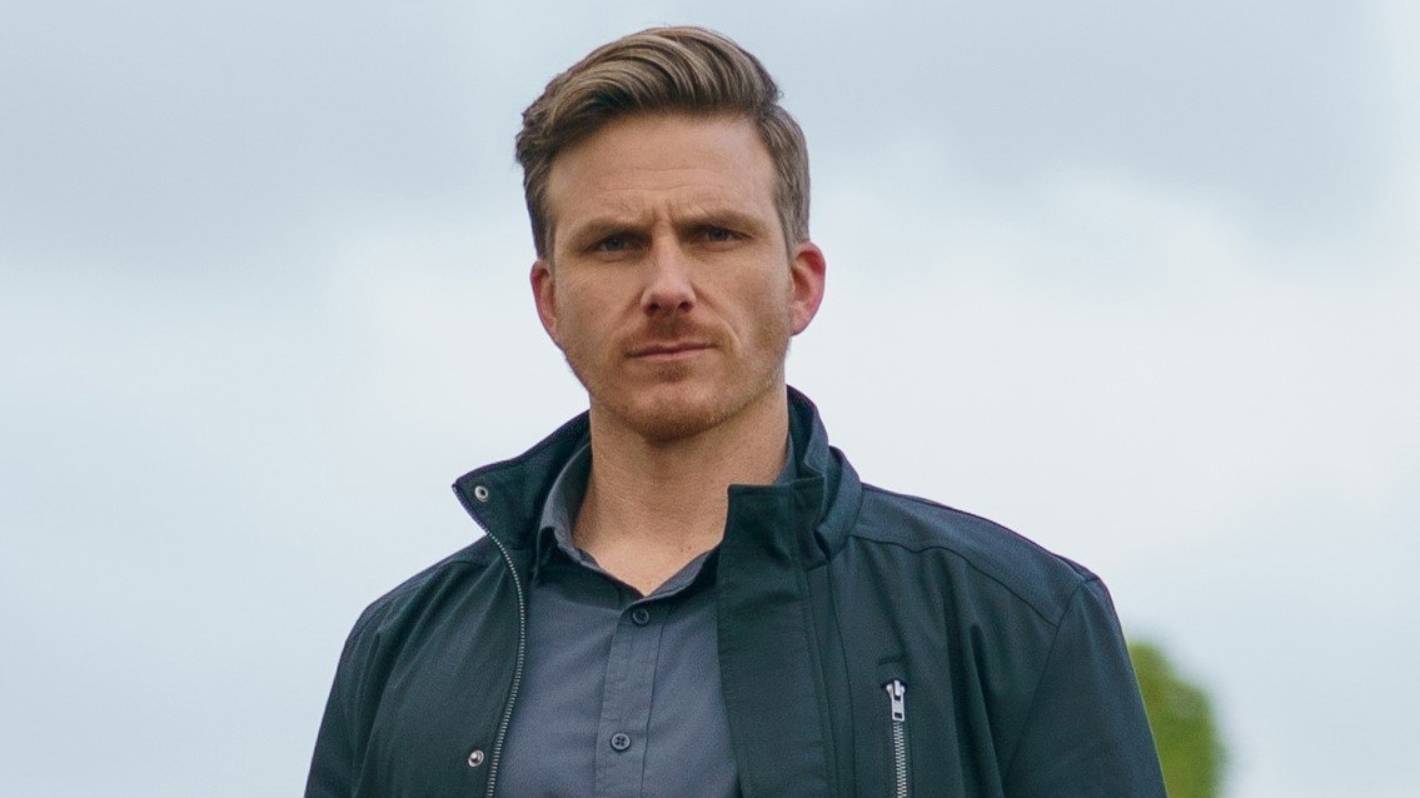 Simon Arblaster is a man of many facets. Currently on screen in Shortland Street: Retribution (TVNZ OnDemand), he’s no stranger to the television cop world having played one in Westside and Cowboy Behop. He also starred in the romantic comedy A Love Yarn, had guest roles in several major American series, is a bit of a cult hero and, last but not least, a TikTok star with more than 275,000 followers.

You have played a lot of cop roles lately. Is there a missed career opportunity?

I definitely enjoyed playing the cop. I think being a detective would be a cool job. And the funny thing is, I actually remember growing up as a kid and wanting to be a cop because one of our pets was this lovely German Shepherd and she was supposed to be my sidekick.

Is it true that you once had a different life as a plumber?

I am a trained plumber. I didn’t know what to do when I left school. I remember my mom telling me to make a trade – ‘something that pays off well and is easy to fall back on’. My uncle was a plumber, that’s why I chose to do it, and I’m really so grateful for it because I’ve used it many times.

I see that you have a pretty large presence on TikTok. Is that the real you?

I didn’t expect it to explode like this. It all started with the first lockdown. I was in the middle of filming Westside and just started making these videos and they kind of went viral. I enjoy making people laugh, especially during these tough times, so it was definitely cool. Some of them are playing and others are just the real me.

What sparked your interest in acting?

When I was a trained plumber, me and two of my friends moved to Perth to work in the mines to earn enough to travel the world debt free. We saved up and ended up traveling for six months. After the trip I was back in my small single room in the outback and felt that my life was more than just this kind of work. It occurred to me that I had always wanted to act, so during my next break I did an intensive weekend workshop and fell in love. I never looked back.

You’re a bit of a cult hero too. Tell me about Red Hood: The Fallen?

To be honest, that’s when my whole career began. I was cast to play Jason Todd in a fan-made short that was shot in Perth. It was written, directed, filmed and edited by Toby Bajrovic. He was 19. There was no budget, but he did a phenomenal job. It went live on YouTube and ended up with over 2.5 million views.

What is the most embarrassing thing that has happened to you at work?

When I moved to Vancouver my second audition was for a commercial. They were looking for a professional springboard diver and I said to my agent, ‘I don’t think I’m the right stature for this’ but went anyway. Everyone in the waiting room was wearing Speedos, so I had to strip down to my underwear.

Arblaster had a moment working with Robert Carlyle.

What has been your most memorable role so far?

It was probably my first major booking in Canada with Once Upon A Time. It wasn’t a big role – I was the bad guy for the episode – and I remember having a good chat with Robert Carlyle while we were filming a scene together. It was a real bar me moment. I couldn’t believe there was one scene I was playing with someone I saw as a little kid when they were on The Full Monty.

What do most people not know about you?

Unfortunately, when I was 16, my father died of an accidental heart attack. He was only 49. It was Wednesday evening. He went to play basketball with his pals and I was supposed to watch him play, but I didn’t. I remember giving him a head butt in the chest at the front door. I said, “I love you,” and he said, “I love you too. I will see you soon’. I never saw him again. It was a lot to handle and definitely shaped me into who I am today. It made me cherish moments – that life is short and not afraid to pursue what you want. I would rather fail than never have tried. I would love if he was still there and see how far I’ve come and I hope I make him proud.

A hot shower is a must in winters

Heating and Plumbing Company Stresses Importance of Having