Putting down roots in a 221-year-old kitchen in Italy 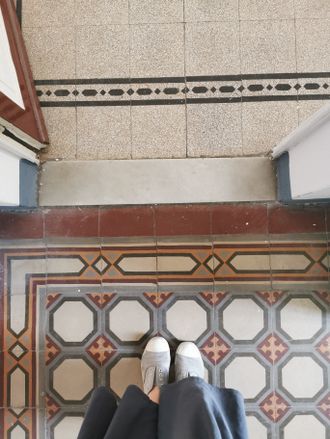 Welcome to Real-life Renoswhere we pull back the curtains on the home renos that we just can’t get enough of. Join in as our favorite designers, chefs and cookbook authors greet us in their rooms and share the behind-the-scenes stories behind their transformations. We’ll explore their views on sustainable living, how they express their identity through design, how they create beautiful spaces that focus on accessibility – and much more.

We bought a house in the middle of the lockdown. I’m not sure how we did it – we’re still pinching each other – but it was probably a combination of the right timing and a bit of luck, with a lot of patience (these things in Italy can take months, even without a pandemic ).

The apartment is in the historic center of the mountain town of San Miniato, where my husband Marco was born – and a 40-minute drive from Florence, where I’ve lived for 16 years. We saw the apartment for the first time in March last year, two days before we were all caught off guard by a three month lockdown where my daughters (eight and two years old) and I couldn’t get past our front gate. During those long days, I spent a lot of time thinking about the apartment I had seen, looking at the photos I had taken, and imagining how we had hidden in an apartment with no outdoor space and in a new city .

The day the lockdown ended – the very first opportunity to be further than 200 meters from the front door – we did two things: Visit my mother-in-law, who had been alone for three months, and take a look at the apartment once again. I wanted to see it with new eyes after locking.

The original patterned tiles of the apartment. Photo by Emiko Davies. 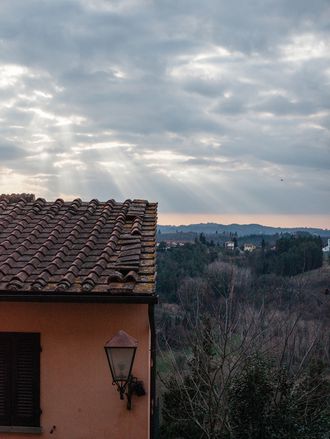 View from the kitchen window. Photo by Emiko Davies.

It wasn’t long before we knew that was it. Built in 1800, it came with old patterned tiles, high ceilings with frescoes and wooden beams, seven foot high windows that let the light in, and a sunset view over the surrounding valley that had even mesmerized my two year old. For me, the lack of outdoor space made up for it to be able to see the changing seasons from those tall windows and have a horizon to look at. It feels good.

The apartment had something else to offer too: it was just a block or two from my favorite butcher in Tuscany, a small organic shop, a good pasticceria, a handful of great restaurants, and long fermented sourdough pizza in a row. Even one of these things would have been good, but having them all around felt like we hit the jackpot! In the back of my mind, I kept thinking that if we ever went to another lock where we couldn’t be more than 200 meters from home, at least we’d eat well. 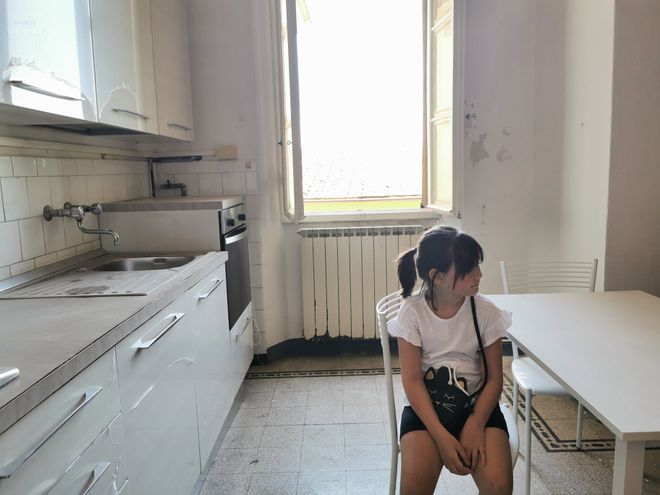 The first thing I did when our offer was accepted was plan the kitchen. After living in shoebox-sized apartments in Florence for years, I finally had space for the kitchen of my dreams: not huge, but roomy enough to have room to spread out while cooking, a dining table for the day that friends could Come back to us (and now that the girls can play, eat, or do their homework while I cook) and light pours in through the windows.

The main thing I was hoping for was a kitchen that was practical, reliable, and sustainable. The pandemic had shaken us with so much uncertainty: from empty supermarket shelves to job losses, canceled trips to separation from family. Knowing that we are spending our money on something that lasts – and doesn’t need years of replacement – has in many ways been a cure for many of these uncertainties. 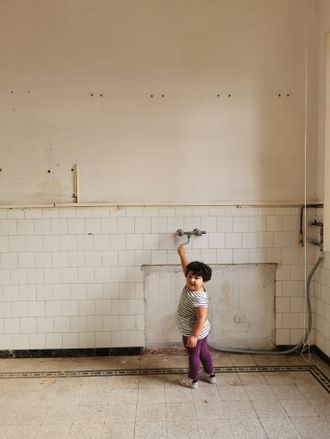 Little Luna points out where the hob would go. Photo by Emiko Davies. 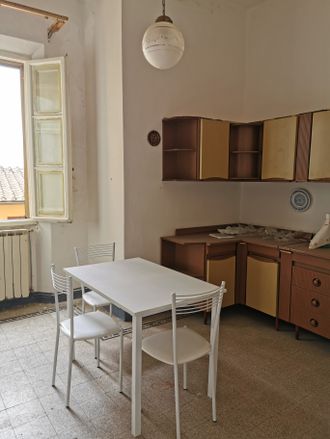 The other side of the kitchen, about to collapse. Photo by Emiko Davies.

These were the priorities that led me to check out Very Simple Kitchen, a young, local kitchen design company in Bologna, about an hour and a half away from us. The lockdown-related loss of income for so many Italians made me want to spend my money near my home and support local businesses. Their kitchens are made up of versatile modules inspired by vintage industrial workbenches – strong, sturdy stainless steel benches that are powder coated in every imaginable color, giving them personality and warmth. We picked a shade that you could probably call teal, although it can look like a dark, smoky blue or a deep, warm green, depending on the light. It’s the perfect one-color chameleon for an undecided person, but I also love that it reminds of some of the colors of the original tiles in other rooms. The drawers hide a dishwasher (my very first, so it feels like luxury, but given the amount of washing up, it’s a more energy efficient solution!), Trash cans, a deep drawer for heavy pots, and a double drawer for cutlery that holds it in as well there is a clever hidden drawer for our huge collection of kitchen knives (I love that they are hidden from the kids, yet practical). 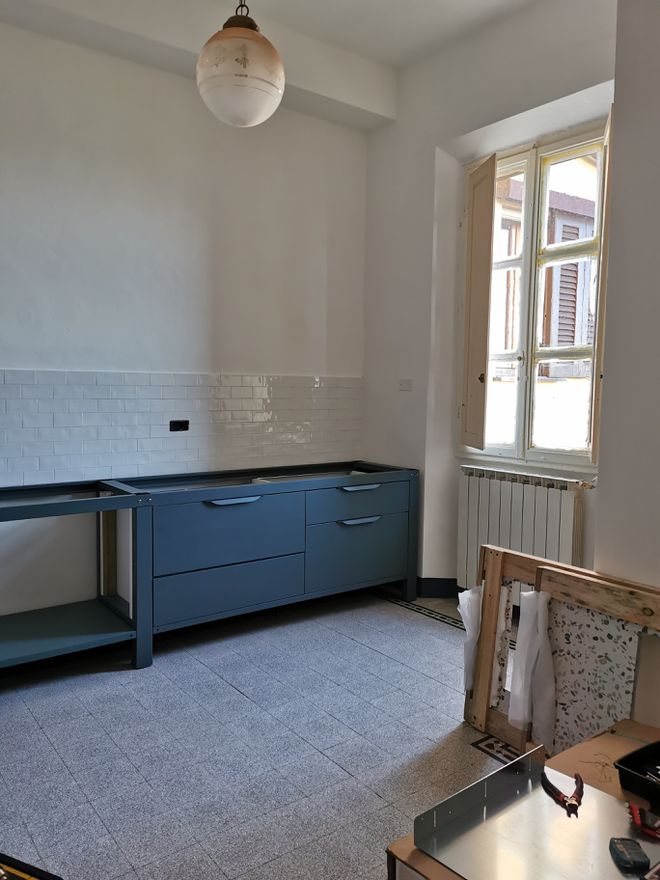 I had already fallen in love with the idea of ​​stone terrazzo – an old Italian technique that recycles stone and marble waste into a new surface – as a sustainable material for the countertop. It’s also practical: easy to clean and pretty dirt-repellent! My previous kitchen counter was made of wood and I vowed never to use it again: it was just too much work keeping it (my family) clean. For the color, we went for green and rosy peach splashes for a modern yet cheerful palette. 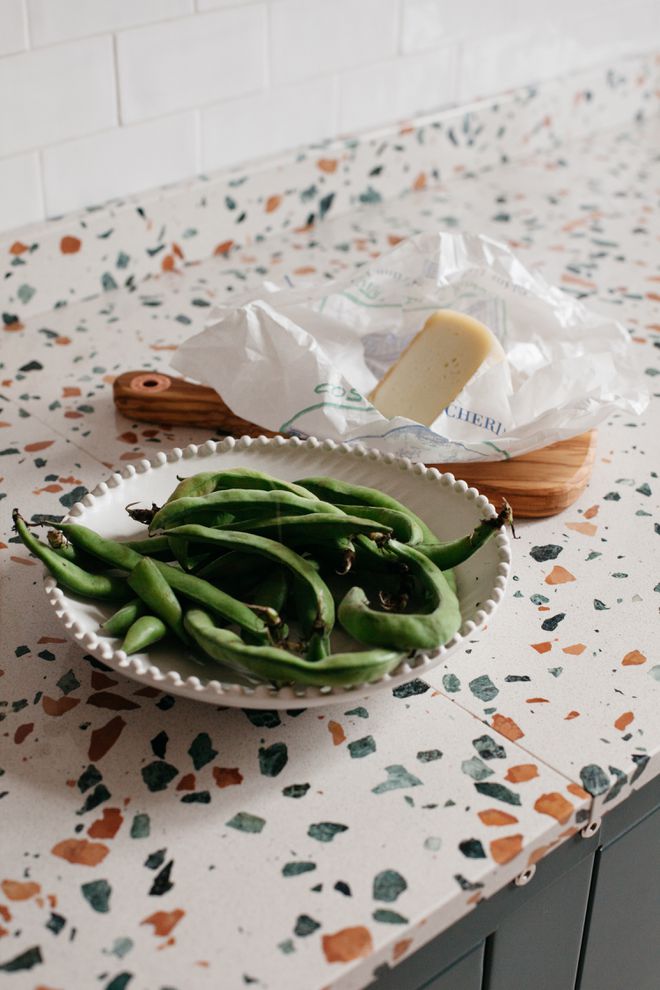 I hardly cook by myself so we made sure we had a large, long section of the counter by placing the hob on one end and moving the sink to the other by the window. When Marco is around, we often cook side by side – he might make bread, I test recipes or prepare a meal – and the competition for the counter is serious. And when he’s not around, I often have one or two little kitchen assistants who either want some attention or want to be part of the action.

I also knew we needed a bigger 35-inch cooktop as Marco and I are constantly fighting for space to cook. We thought long and hard about the type of cooking surface we wanted. I grew up on a gas hob and never had anything else, but as much as I love cooking on a visible flame, I wanted a hob that wouldn’t be out of date in five or ten years. We also wanted to be less dependent on non-renewable energy, which we admittedly still use for our heating (something I want to change soon). After doing a lot of research into sustainable options, we chose another neighboring Italian company, Smeg, for our multi-zone induction cooker (for maximum flexibility). Switching to induction meant I had to replace some incompatible pans like copper and aluminum, but I think this is a positive upgrade. 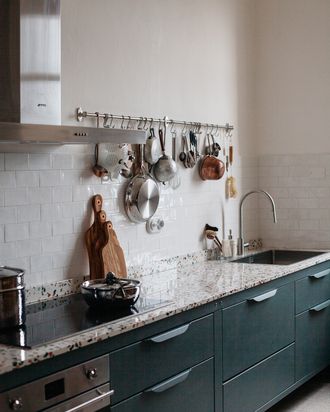 The upper cabinets were sacrificed to make the kitchen feel airy and open. Photo by Emiko Davies. 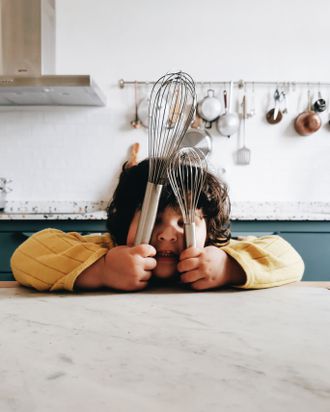 With no traditional shelves or cabinets over the counter, a big question was where would we put our things. I wanted the kitchen to look airy and open, especially with those nice high ceilings, but we were also on a tight budget. Ultimately, we settled on poles to hang utensils, boards, and pans on so that we could keep them within easy reach. We’re transforming a small room on the side of the kitchen into a pantry and laundry room, where we’ll install shelves for all of the dry goods, while plates and glasses are in a cupboard on the other side of the kitchen table. 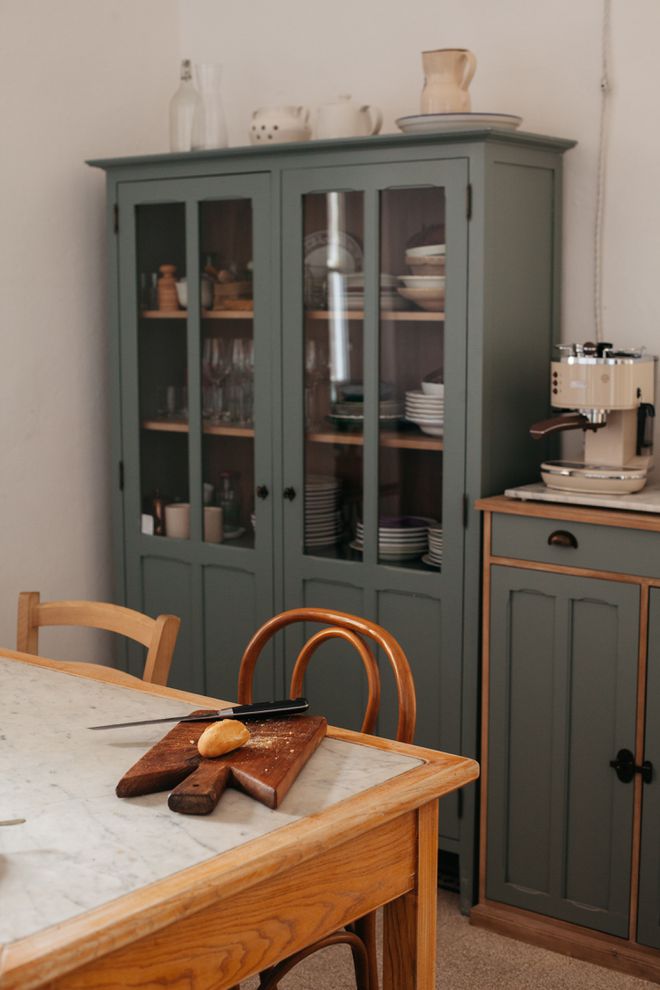 Plates and glasses hidden in a cupboard on the other side of the kitchen table. Photo by Emiko Davies.

We ditched the idea of ​​a kitchen island, even if we found it very useful in our last kitchen. In my heart I knew that I wanted space for a kitchen table instead, something I didn’t have in my many years in tiny Florentine kitchens and which I have longed for. In many older Italian cities, it is less common to have a kitchen large enough to fit on a dining table, and apartments that do have a cucina abitabile, literally a “habitable kitchen”. I like to romanticize the idea of ​​a kitchen table a bit, but for me it would really be the beating heart of the house.

Then one day Marco mentioned that there was a table in his mother’s attic that we should look at. Your attic is bigger than our entire apartment and is probably beneath a mountain of books and dust worth nearly 40 years. But when I heard that it had a marble top, my interest was piqued! It wasn’t until we pulled it out, tidied it up, and dragged it around a bit that I realized its full potential. 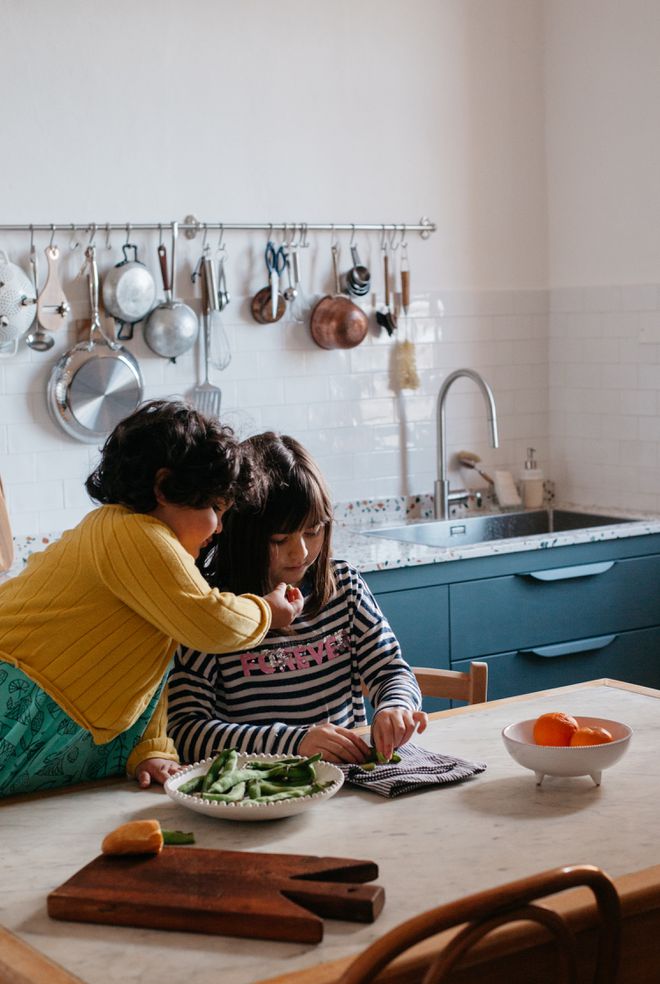 A 100 year old kitchen table that is a symbol of hope and resilience. Photo by Emiko Davies.

The table belonged to Marco’s great-grandfather Angiolino, who recycled a piece of marble from the old bar he owned, which was destroyed in World War II and rebuilt in the 1950s. He had a carpenter build a table around the marble top and the family ate there until Marco was a baby and they set up the table. Aside from being a family heirloom, I liked the idea of ​​taking something we already had and giving it a new life (the kitchen chairs were also bought from thrift stores). The idea of ​​seeing my little girls grow up at their great-great-grandfather’s marble kitchen table feeds the roots we want to lay down and fills me with hope that the resilience of this 100-year-old table, which has nourished the family for five generations, will wear off on everyone who sits down around it. 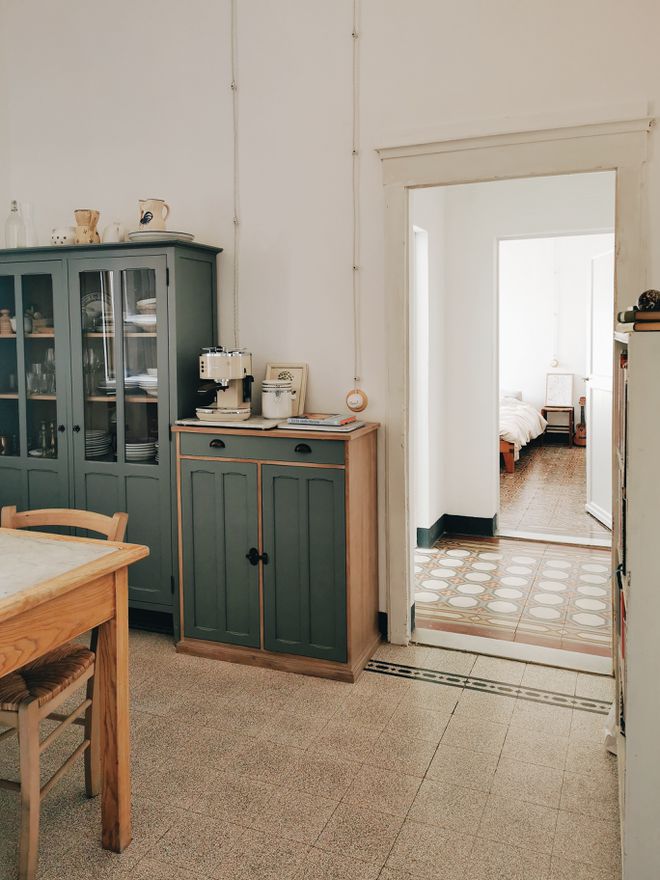 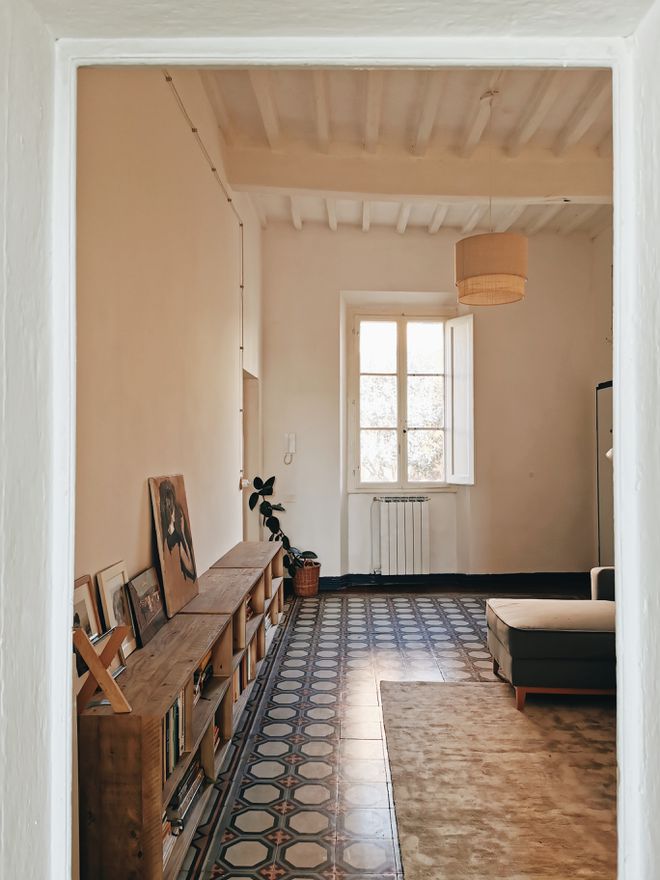 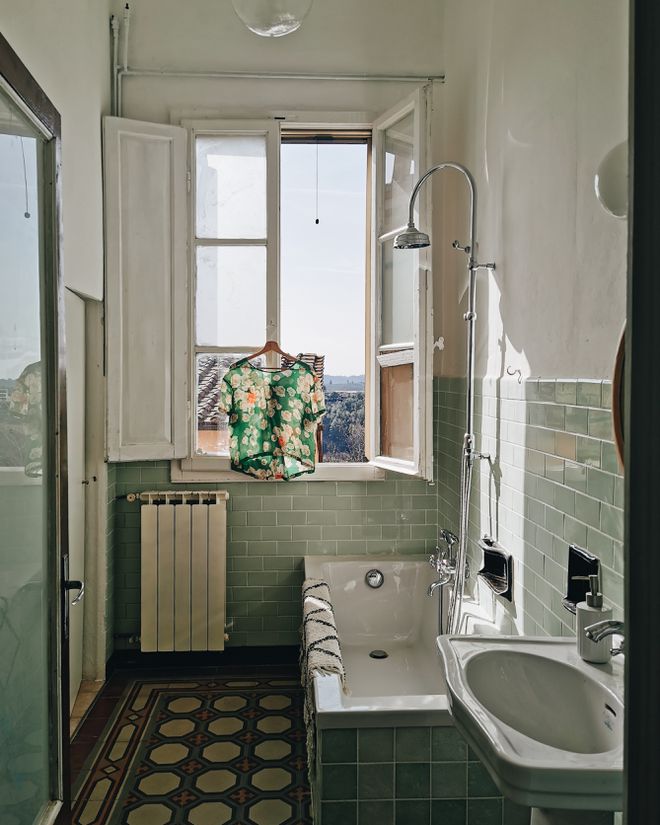 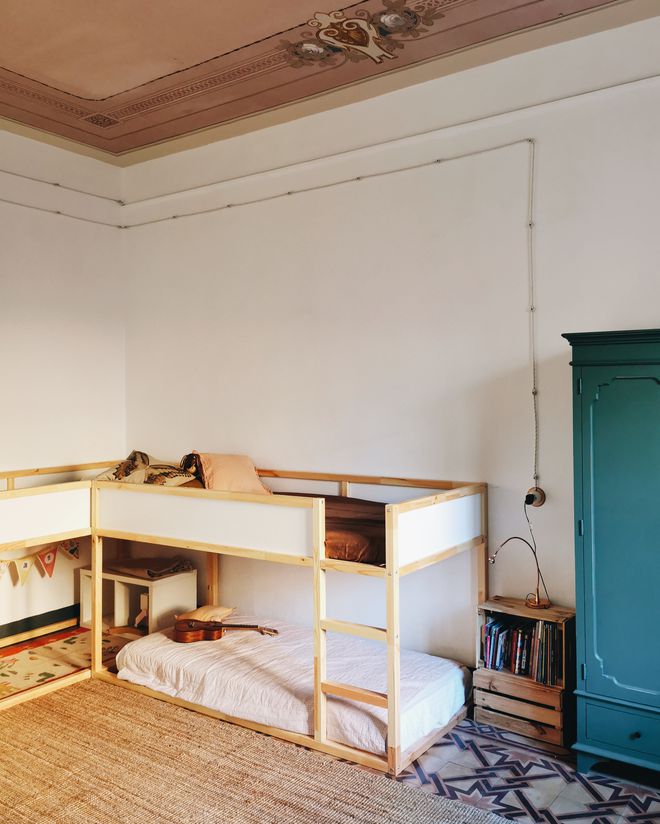