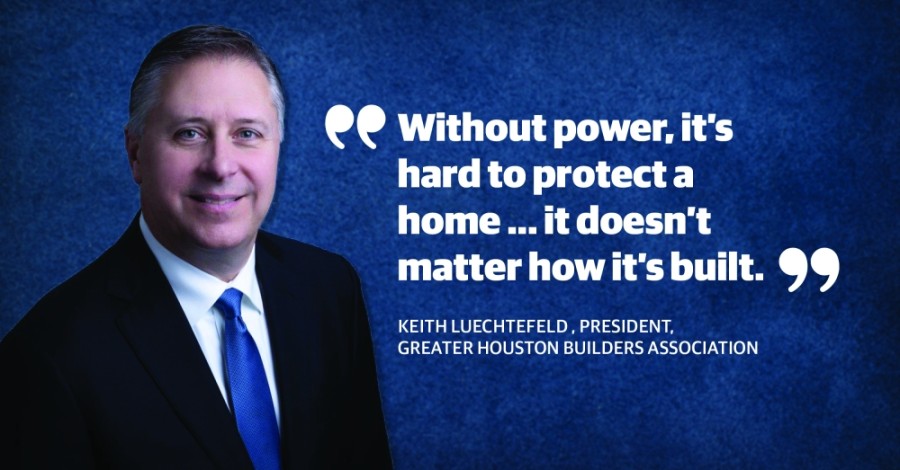 Winter storm Uri froze Texas in the week of February 14th, but the damage to buildings from burst pipes has resulted in a surge in demand for plumbers, Keith Luechtefeld, president of the Greater Houston Builders Association, said in a phone interview on Jan. February.

Luechtefeld spoke to Community Impact Newspaper about some of the storm’s short-term and long-term effects, as well as some of the reasons why so many homes saw burst pipes in freezing weather.

Are new homes less prone to damage from freezing temperatures or winter weather?

First thing to keep in mind: without electricity, it is difficult to protect a home no matter what. … It doesn’t matter how it’s built. Are houses built today to withstand almost anything thrown at them better than they were 20 years ago? The answer is clearly “yes”. The envelopes are tighter, the products are more efficient and environmentally friendly, and they perform better. There have been some changes in plumbing products over the past 20 years. … copper is not used much anymore. … Now there is a more common product called PEX. It is more flexible and can adapt better to changing temperatures. This doesn’t solve all of the problems either, but it does improve overall performance.

What are some problems homeowners see with older homes in extreme weather in the Houston area?

Plumbing is the biggest problem, not just because it leads to cracked pipes, but because it gets water everywhere. It is the most harmful thing for any home. … you want to keep water where it belongs. That’s the big thing. [It’s] Really no question that there is no electricity [due to outages] made houses colder than they could have been. I would say houses built more recently probably had more insulation and stayed warmer longer, but given the length of time there was nothing a house could have endured.

How do you think the recovery from this recent disaster will compare to that after Hurricane Harvey?

I will guess. … I don’t think it’s going to be the order of magnitude that you saw Harvey’s. When [Harvey] hit neighborhoods, it hit whole houses. … There was water all over the first floor. If [pipe damage] was on an outside wall, your damage was limited. Most [repairs from the winter storm] will refer to plumbing and some components to electrical, flagstone and insulation work if they break.

Is there a short-term or long-term shortage of plumbing resources or other building materials?

No question. Everyone was looking for PVC caps – everyone was looking and no one could find them. … people waited in line. … forget [larger chain stores]- Go to a local plumbing store and wait in line for a few hours to see if you can get one. Right now, from a builder’s perspective, we think that our biggest concern is plumbers, not materials. I think the materials will also come here faster from other regions of the country. That will be a scarcity that we will have to deal with, at least in the short to medium term.

Will the events of last week delay the new building at all?

When there is no water [damage]It was a delay – nothing more than a delay. We try to prepare for a wide range of opportunities, and most of the time we do a reasonably good job.

What else would you like to tell homeowners who have been affected by weather damage?

Hard as it is, if you want to fix something in your home that you need – like water – you need to be a little patient. There are only so many resources and you can only get so many homes in one day. There are more houses than we are used to. As challenging as it is, people need to be patient. The second thing: … watch out for scammers. Do your research and don’t prepay. There are scammers, as well as your due diligence.

The Smallest Room in the House

Options for paying to fix a faulty septic system