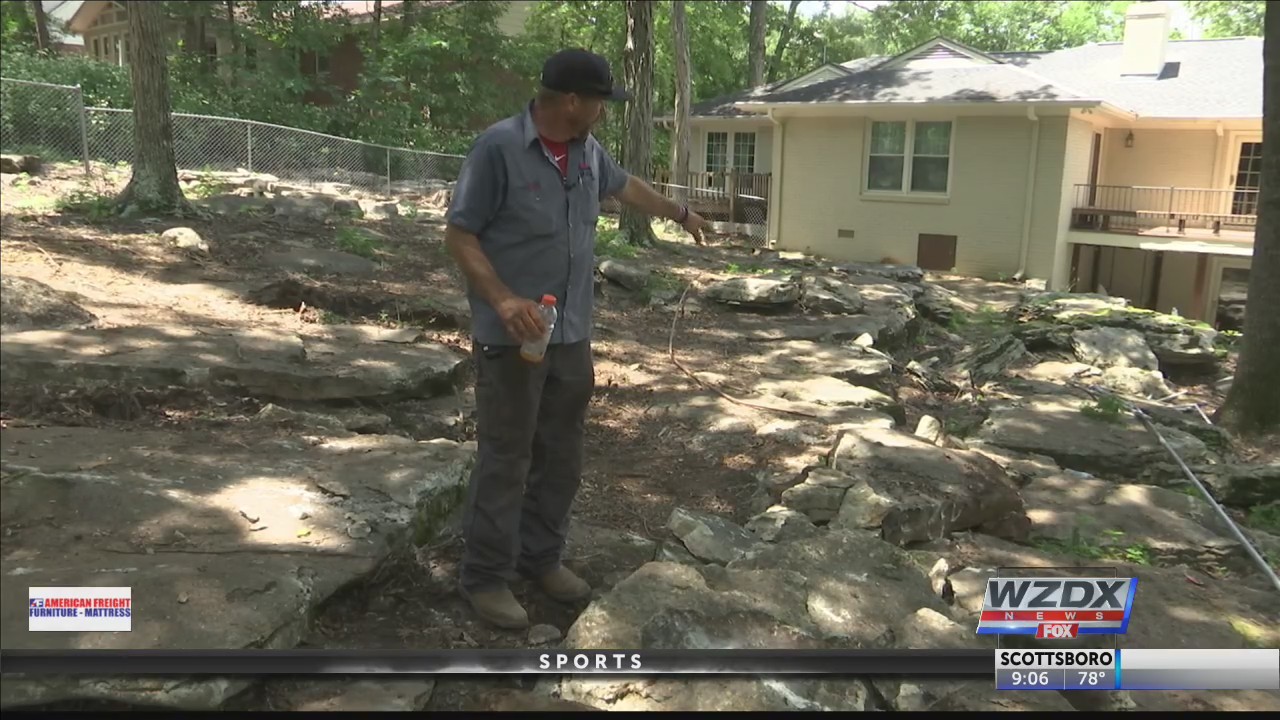 By now you’ve all heard about the puppy rescue seen around the world and how Huntsville residents worked tirelessly to bring Toffee back to safety.

Now that Toffee is home, getting the 50-foot-deep hole closed was the next priority.

A Roto-Rooter crew was there until the very end when Toffee was rescued, but they weren’t done helping just yet. Monday they came back to finish the job.

A couple of Roto-Rooter plumbers returned to this home on Lenlock Drive in south Huntsville to close a 50-foot-deep hole in the backyard.

“We took some chain link fence that Mr. and Mrs. Smith had here. Stretched it out, drilled into the rock, anchored it to the rocks and then just took some of this shelf rock that was laying around everywhere here in the yard. Just filled up over top of it and closed in the crack there with rocks,” said Chris Creekmore Roto-Rooter plumber.

Creekmore has become very familiar with this back yard. He worked 12 hours non-stop trying to rescue Toffee, a deaf and partially blind puppy who fell into the deep crevice.

“The long hours we do it everyday. Not on that but the work ethic, it didn’t bother us,” Creekmore said.

Toffee was in the hole for about 30 hours and once she was rescued she came out without a scratch.

“Reintroduced Toffee to her siblings, they went crazy about her, it was like they knew she was missing,” explained Bud Smith Toffee’s foster owner.

With the hole covered Toffee’s parents can rest easy knowing the accident won’t happen again. What they didn’t know, was Roto-Rooter was going to bless one last time.

“They were through, ready to pack up and go and I said well that’s perfect timing that’s great let me get the invoice and I’ll pay you and he said no, there’s no pay, this is just out of the kindness of their heart,” Smith said.

“Everything we did, all our time everything, I mean seeing them happy everything that’s all we ask for,” added Creekmore.

Creekmore was wearing a Red Sox cap during the rescue effort. I’m told someone from the team saw him online and has reached out to him.