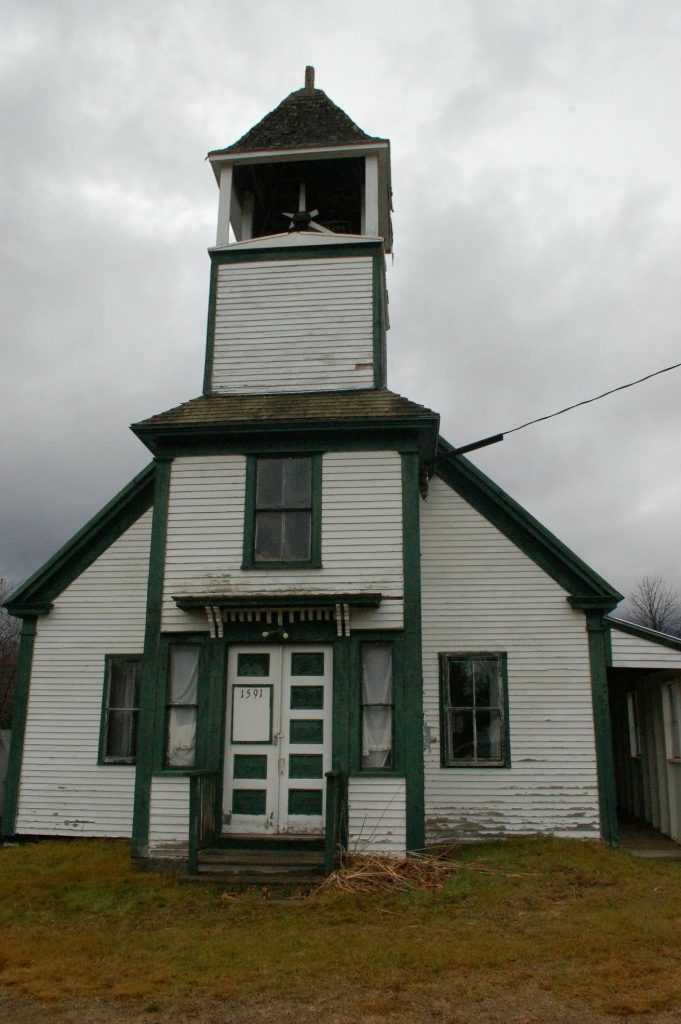 SALEM TOWNSHIP – Fundraising is being raised to restore the Salem Community Building on Route 142. This building is listed on the Maine Historic Buildings Register, but has suffered some weather damage over the years. Stanley Howard, a Salem resident, has already raised $ 5,700 to repair the church tower, and about half of the work is already complete. Howard secured a $ 4,100 grant from the Maine Steeple Fund that will be refunded upon completion of the church tower project.

Warren Hinkley did the job of weatherproofing the church tower for the coming winter. The roof under the bell was a flat roof and Hinkley replaced rotted boards in the roof and added a slope to allow the water to drain off. He also put ice and water shields to keep the area dry. More work is required to complete the work, including new clapboards on the church tower roof.

Howard would like to see the entire building restored. The floor sags and needs to be raised; Howard wants to put steel beams underneath to properly support the building. Currently, the building rests on round concrete feet that have sunk into the ground over time and continue to sink and move the building. The building needs a new coat of paint inside and out, but since it is a listed building, there are guidelines and guidelines that must be adhered to in restoration projects. There is currently no water source in the building, but there is a septic tank. Howard would like to see a powered well installed in the future.

Inside, the walls and ceiling are covered with a plaster mixture. The paintwork is chipped and stained in places, and the ceiling under the bell tower has suffered badly from water damage. After the work on the church tower, the ceiling dries up, but there is still a need for repairs.

After construction, a kitchen and a wheelchair-accessible ramp were added to the building.

“There’s a lot of potential here, but it’s been neglected for a long time,” said Howard.

Howard hopes to raise $ 30,000 to $ 50,000 to complete the work. He would like to make the building publicly available for birthday parties, Christmas parties, handicraft markets and other community events. After all, he’d like to see it as the Salem Historical Society, with photos, books, and other memorabilia from when Salem was a registered city when the train passed through.