Stank dank in the tank: 350 pounds of pot seized from septic truck 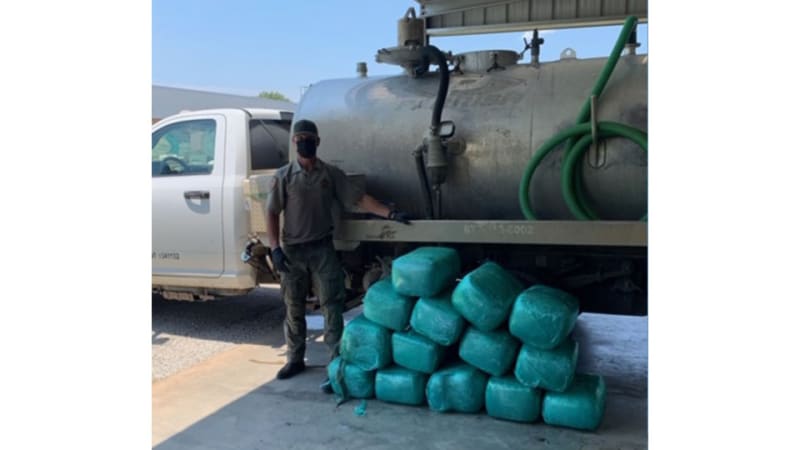 You’ve heard the phrase “stick your nose into other people’s business,” and that’s exactly what a Fayette County, Texas MP did during a traffic obstruction when he opened the hatch of a tanker truck and discovered 350 pounds of marijuana inside.

Drug investigator David Smith stopped the truck Tuesday near Flatonia, Texas, halfway between San Antonio and Houston on Interstate 10, a busy drug smuggling corridor where traffickers typically use utility vehicles. Smith said the driver was nervous and didn’t have a license. Her male passenger was nervous too.

The MP said the two agreed to search the truck but they may not have expected it to do its duty so thoroughly. He opened the tank and found “several bundles wrapped in plastic cellophane, axle grease, and tape, which was compatible with illegal narcotics,” said Austin American-Statesman Sheriff Keith Korenek. We sincerely hope the bundles were expertly packaged to be waterproof and all safe as they contained 350 pounds of pot meant for a bong near you.

We’ve seen the pot smuggled in many ways over the years, from Ford Fusions and Lincoln MKZs to an elderly Santa and Mrs. Claus pensively delivering £ 60 Christmas gifts. But we haven’t seen a pipeline this strong.