Steps to take if you have broken pipes 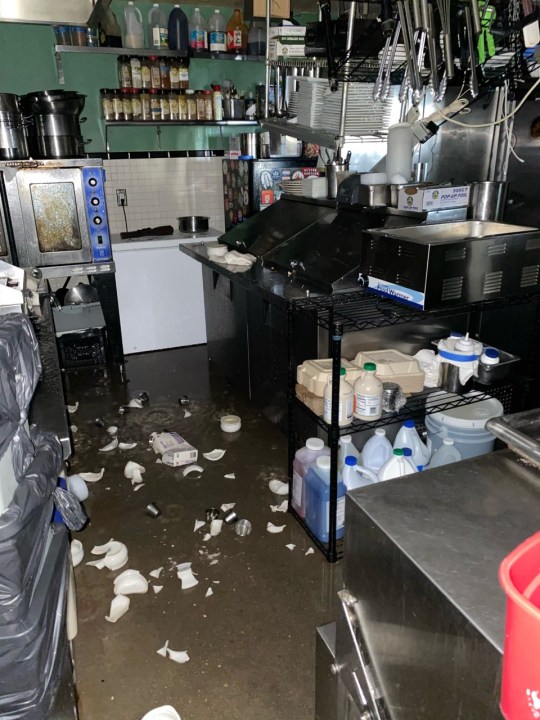 AUSTIN (KXAN) – Temperatures are warmer and while the pipes are thawing, Barrera Plumbing Services plumbers advise homeowners to be extra vigilant.

Plumbers fear that some homeowners may have a broken or cracked pipe without knowing it, as many pipes remain frozen Thursday morning. And Austin guidelines have changed because the water pressure is low and there is an indication of boiling water. Austin Mayor Steve Adler commented on the new guidelines on whether or not taps should drip. This can help prevent burst pipes when temperatures are below freezing.

“We’re in one of those places where there aren’t any good answers,” Adler said. “It’s simply the best answer at any point in time. What we are now being told is that temperatures have risen so much that the risks associated with not dripping are not as great as the risks associated with actual dripping and affecting water usage in the city impact. So if you want to wrap your pipes, open the cabinets under the sink to allow the warmer air to enter the pipes. “

KXAN meteorologists report that the area may be just above freezing for part of the day but will return to below freezing overnight. You can find the current forecast here.

Currently, BPS owner Victor Barrera said the technicians are doing their best to make home calls. According to Barrera, crews are responding to calls from burst pipes across the region causing water to gush out of walls, ceilings and flood floors. You also came across lots of frozen pipes that caused some pipes to crack.

RELATED: Plumber Explains How To Turn Off Water To Your Home In The Event Of A Broken Pipe

Barrera said for homeowners who notice water flowing out of their homes, if they haven’t already, turn off the main water valve and call a professional. However, he said homeowners need to be patient.

“With so much demand, Austin will likely have very few plumbers in the area,” he said. “Everyone will be very, very busy.”

The owners of the Hi Hat Public House on East Sixth Street are in shock after a broken pipe flooded the small pub.

“I’ve already sent a notice that we’re not going to be open and don’t know when we’re going to reopen and ask for prayers and thank people for thinking of us,” said Steve Schrader, the pub’s co-owner. “I’ve had calls from regulars and calls from people wishing us well and what can we do to help and whatever and I have no answer to that. I’m still sad right now. It is real.”

He and his wife, Rena Schrader, opened the bar in the Villas on Sixth Apartment Homes eight years ago.

“We’re a neighborhood bar in East Austin,” he said. “People see us as cheers when they come in because everyone knows everyone.” 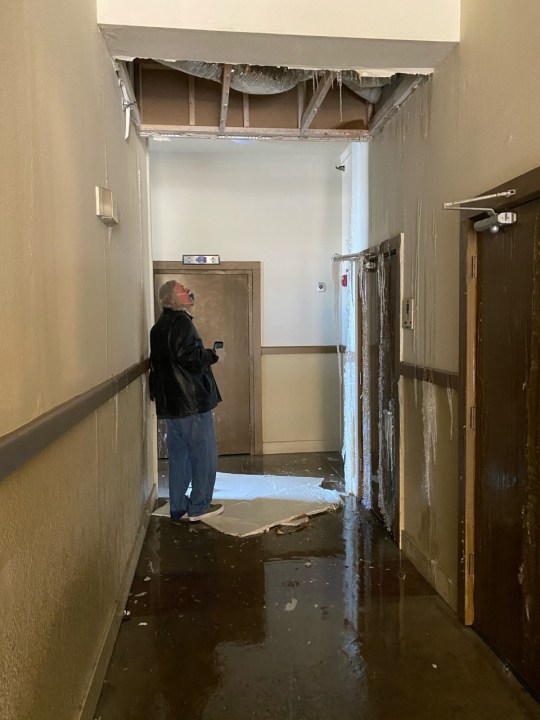 Schrader said the pub lost power early Monday morning. That night he received a call from a neighbor of the building to let him know that a river was flowing down the stairs and flowing towards you.

At the time, Schrader and his wife were living in a hotel after their house had also lost power. He said due to the weather and unsafe road conditions, they could not get to the restaurant to close their water valve.

On Tuesday he was able to drop by the pub to assess the damage.

“There was water coming out of the ceiling like it was raining through the sheetrock, and three inches of water on the floor,” Schrader said. “I went back (Wednesday) and the water on the floor was gone. (There were) icicles inside and outside the building. Very surreal, very apocalyptic. It wasn’t a good feeling. “

For now, Schrader said he had to tell his 10 employees to get unemployed for the second time in less than a year. The first thing he said was when they were forced to close on March 17 last year when the start of the pandemic closed the city. Even so, Schrader tries to remain hopeful.

“I feel bad, I feel sad, I’m still in shock and I don’t know how we all are … I’m sure we’ll all get through this because we’re the east side and cool and we do what we do have to do, but I don’t know how it’s going to happen now. It’s not clear in my head, ”he explained.

Steps you can take to fix broken pipes

Broken pipes can flood homes and cause thousands of dollars in damage. The Texas Department of Insurance shared these tips:

Once you’ve fixed the initial leak and protected your property, TDI reports that homeowners should follow these tips:

Should you turn off your water?

“The fact is that water freezes at 32 °. It’s a fact, ”said Preston Nichols of Radiant Plumbing & Air Conditioning. “So what can you do to fix that,” he asked, saying, “people should eliminate the risk by taking the water out of the pipes or by keeping the water moving, that’s a fact.”

He added that keeping the water moving in their pipes removes the risk of freezing. However, if the pipes are frozen, he said, “The fact is, there is likely to be a break. Now let’s turn off the water and do damage control.”

When should I turn my water back on?

Currently, many pipes in central Texas are frozen. KXAN wanted to know what would happen if water pressure was restored in frozen pipes that currently have no water pressure: would the pressurized water flowing through the frozen pipe in your system have an impact?

What should I do with my water heater?

It comes down to it, Nichols said, homeowners should do what they’re comfortable with, but there’s no threat if left like this during this time to see if you have water.

To drip or not to drip? None of the experts say

When it comes to preventing your pipes from freezing, plumbing experts from Barrera Plumbing Services and Radiant Plumbing & Air Conditioning said it was more effective to start a current. Nichols said it should be a “pencil-sized” stream. He said a simple drop would not prevent it from freezing.