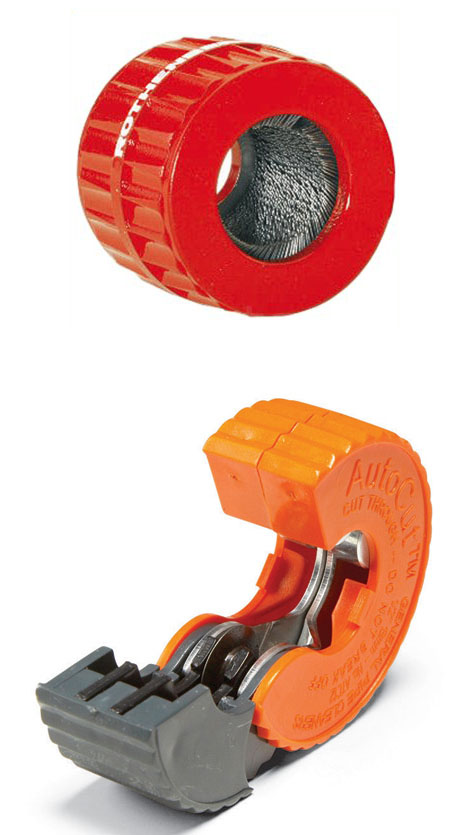 Plumbing isn’t my forte, and I had a handyman this weekend. Finally, I removed my sink, which looked like it had been caulked by a blind man, scraped both the sink and wall clean with a razor, then reinstalled and caulked it again. While I was at it, I also swapped the faucet – but when everything was reconnected, I found that the shut-off valves for the water were down. I had probably overtightened them during the shut-off and cracked the seals.

To replace them you will have to cut off the old valves on the pipes and then put new valves back in, losing a few inches of pipe that I can spare. But the smallest pipe cutter I own is five inches long: 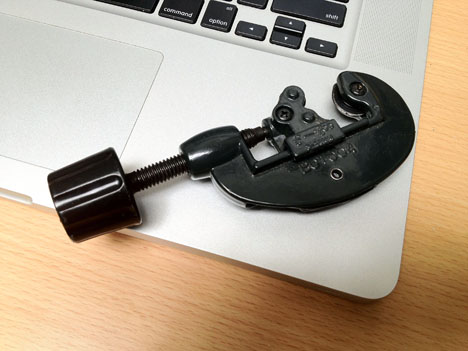 The problem is that the pipe to be cut is only two inches from the wall. Not enough room to rotate the tool to make the cut.

I’m not the first to experience this problem, of course, and after doing some research, I found that a clever tool designer had already solved it by developing a one-handed pipe cutter. The AutoCut is an example, although a number of companies make it. 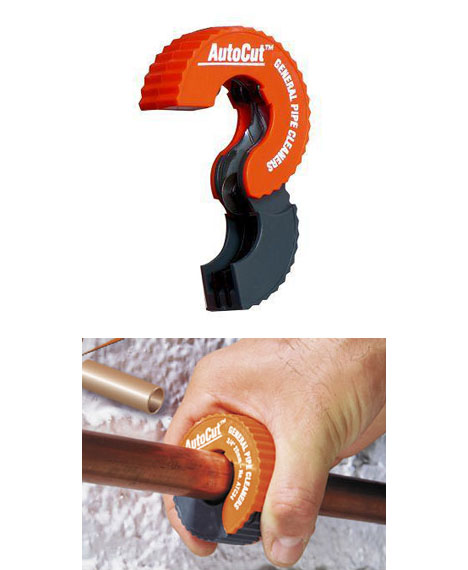 You snap the circular ring around the pipe and twist it so that the blades close with each turn. The compact shape means you can use it in tight spaces, and they sell a ratchet attachment if you need more leverage.

Once you’ve cut the pipe you will need to clean the freshly cut edge so that you get a good seal with the valve. This is another area where space is a problem. I won’t be able to make a sandpaper strip shoe shine with so little wiggle room. To solve this problem, another tool designer developed this circular copper tube brush: 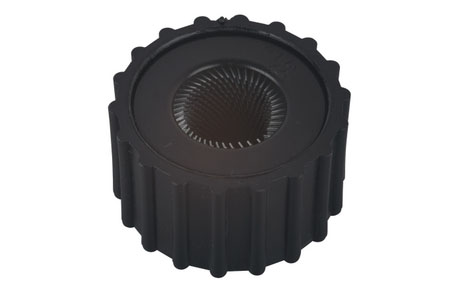 Same idea as the first tool as the round, compact shape works well in a narrowed area. Just slap it on the end of the pipe and twist it until it is clean. The wire mesh inside does the dirty work. To see how to use these two tools, watch the video below, where a helpful home handyman demonstrates how to replace the shut-off valve on a toilet pipe. (Same idea as your sink.) You don’t have to watch the whole thing; The corresponding demos will start at 2:11 am.