Their view: There ‘r’ things we can do about plastic in our water 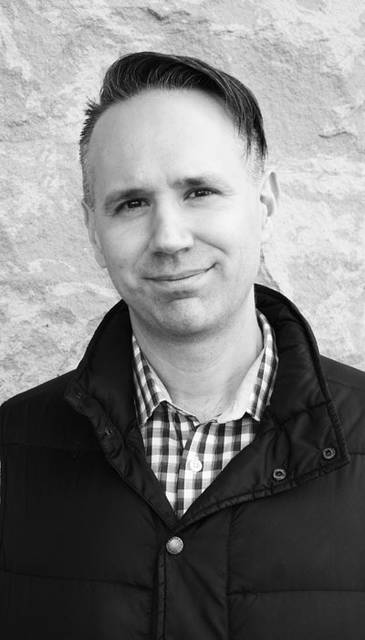 A new report found microplastics contaminated Pennsylvania’s rivers and streams in every location researchers looked at. Unfortunately, this is hardly surprising to scientists studying our waters.

Microplastics are tiny pieces less than five millimeters long (or about the size of a sesame seed). Many are invisible to the naked eye.

They are everywhere. You are in the water. They are in our food. You’re even in the air. And they are in our bodies. So far, scientists have found them everywhere they looked.

Plastic bags, cups, straws, toys, and shipping materials are just a few examples of the many, many types of plastics we use every day.

It is worrying that very little is known about what these tiny particles do for our health and the health of aquatic and land dwellers. Those researching the environment and human health have sounded the alarm, calling for studies of the potential harm these particles and chemicals can cause.

Preliminary studies in human cell cultures and rodents are known to have observed cellular inflammation and damage, as well as certain immune system responses.

The researchers found that chronic exposure to microplastic fibers seriously damaged the fish gills and changed egg production in female fish, suggesting that the fibers affect their endocrine systems. Whether this is due to the chemicals in the fibers or those who “stopped” them remains to be determined.

A recent study found that several hydrophobic compounds – chemicals that do not easily dissolve in water, such as certain pesticides and industrial chemicals – were found on the surface of microplastics from coastal waters. When tested, these substances caused cells to react as if they were exposed to the hormone estrogen, which is implicated in many health effects, including “intersex” conditions in fish.

The US Geological Survey has found “intersex” fish in the rivers and streams of Pennsylvania, including the lower Susquehanna River. Recent results suggest that endocrine disrupting compounds involved in this finding are concentrated in areas dominated by certain types of agriculture, as well as areas with septic systems. Previous studies have also tied discharges from wastewater treatment plants to overlapping conditions.

So what can you do? You’ve probably heard of the “3 Rs” – reduce, reuse and recycle. Whenever possible, look for alternatives to plastics such as glass and paper. Reuse what you have. Recycle whenever possible.

Trees can also be an answer. The previously identified study by the US Geological Survey found that rivers and creeks with trees on the riverbank, known as forested bank buffers, contained fewer hormone-disrupting chemicals. These buffers are also known to be one of the most cost effective ways to protect and restore streams, as well as protecting against flooding and other benefits.

Trees can make a difference. That’s why the Chesapeake Bay Foundation is coordinating the Keystone 10 Million Trees Partnership to plant 10 million trees along streams, roads and other environmentally important areas. Go to tenmilliontrees.org to learn more.

Finally, there is the fourth and fifth “r” – rethink and regulate. We need to rethink our relationship with plastics with new chemicals that make them more easily biodegradable with less toxic compounds.

It is also time to let our lawmakers know that better rules and regulations for problem plastics can protect human health as well as the health of our local rivers and streams.