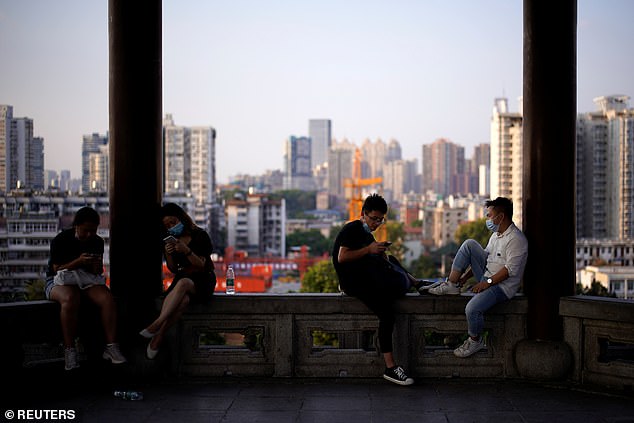 Scientists believe the coronavirus can get through plumbing – after three families who live in a skyscraper in China tested positive for the virus despite never coming into contact with each other and living 12 floors apart.

Four members of a family of five who lived on the 15th floor of the apartment in Guangzhou, China, recently returned home from Wuhan – the center of the outbreak – when two middle-aged couples felt uncomfortable on the 25th and 27th floors.

The footage showed that the groups never shared an elevator during the time they were infected, and scientists found no traces of coronavirus on the buttons of the elevator.

Positive virus samples were found in the family of five’s home – particularly in the master bedroom.

Four members of a family of five who lived on the 15th floor of the apartment in Guangzhou, China, had recently returned home from Wuhan (pictured) – the center of the outbreak – when two middle-aged couples started on the 25th and 27th floors not feeling well

Now a study has suggested that the virus could have got through the building’s pipelines in airborne particles called “bio-aerosols”.

In a study published Tuesday, scientists released ethane gas in the toilet of the family of five and searched for gas in the apartments above.

They said it would make sense for the gas to migrate up because warm air rises in winter – something called the “chimney effect”.

The gas was found in the middle-aged couple’s two apartments and in two other apartments on the 16th and 21st floors. 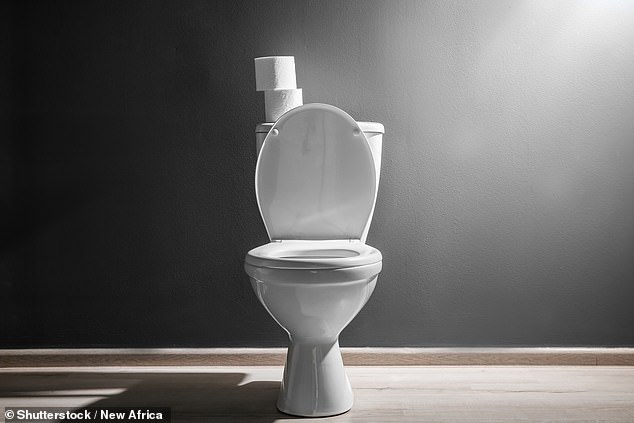 Now, a study has shown that the virus may have gotten through the building’s pipelines in airborne particles known as “bio-aerosols”. 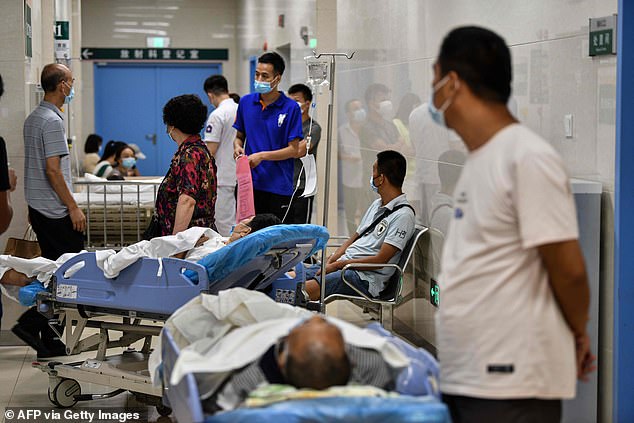 These couples may have inhaled the coronavirus particles directly or touched the surfaces they landed on to get sick.

According to a 2018 study, bio-aerosols can linger in the air for 30 minutes or more after flushing a toilet.

A May study showed that the amount of coronavirus aerosol in a well-ventilated room was halved after 30 seconds – compared to five minutes in a room without ventilation.

Researchers at Heriot-Wyatt University and the University of Edinburgh found evidence that both small and large droplets can travel relatively long distances through the air – and not always in predictable directions with airflow.

The World Health Organization (WHO) warned that aerosol transmission of Covid-19 is underestimated, as a study shows that the spread of droplets from humans does not always follow the airflow.

Researchers say the new findings on droplet migration could have important implications for understanding the spread of airborne diseases like Covid-19.

It comes after leading U.S. infectious disease specialist Dr. Anthony Fauci, during a JAMA interview on Monday, admitted that there is much unknown about how the coronavirus spreads in the air and that he himself has to “study” papers suggesting that large droplets are more than three feet tall can wander far.

Scientists on the study at Heriot Watt University and the University of Edinburgh in Scotland confirmed his view that a better understanding of different droplet behaviors and how they spread based on droplet size is also needed.

The middle-aged couples both said they never opened their bathroom window, which means the exhaust fans could circulate the infected air around the room.

They also said they rarely used their baths, which could cause the water seals to dry out. This would allow bioaerosols to seep through and into the room.

It’s not the only known incidence of coronavirus appearing to travel through the plumbing of a building.

In March, a couple on the 32nd floor of a Hong Kong apartment block may have passed the virus on to a 59-year-old man who lives two floors up.

Then, in June, another man, 34, also in Hong Kong, appeared to have spread the virus to four other homes that shared the same vertical drainage pipes.

Meanwhile, scientists warned of the spread of coronavirus through air conditioning on buses – after two dozen cases were linked to a single passenger in China.

Twenty-four passengers on the bus in Zhejiang Province tested positive for the virus after an hour and a half ride on Jan. 19.

Scientists believe that the air conditioning enabled the virus to be transmitted through the spread of virus droplets on the bus.

Some air conditioners take in air from the outside and expel it again, while others, called split units, recirculate the same air, which was the case in this case.

British experts warned last month that such units must either be turned off or used with the windows open to prevent the spread of Covid-19.

Offices, cinemas, theaters and other indoor facilities in the UK must have newly serviced air conditioners to ensure fresh air is forced out.

Researchers in April accused the air conditioner of spreading the coronavirus among at least nine other diners who ate at a restaurant in Guangzhou, China, in January.

A research report published in Emerging Infectious Diseases examined the incident in January at the restaurant where a family had arrived from Wuhan – the city where the Covid-19 pandemic began.

Researchers say one member of this family had an asymptomatic case and barely two weeks later the patient was infected with the virus along with nine others, including family members and two other groups at nearby tables in the restaurant.

The affected tables in the windowless venue were about three feet apart as the authors claim the most likely cause of this outbreak was droplet transmission.

However, they say that droplets only stay in the air for a short time and only travel short distances.

They therefore concluded that the air conditioning system likely continued to spread the virus between the affected tables.

These 5 ingredients add up to an easier-to-clean kitchen