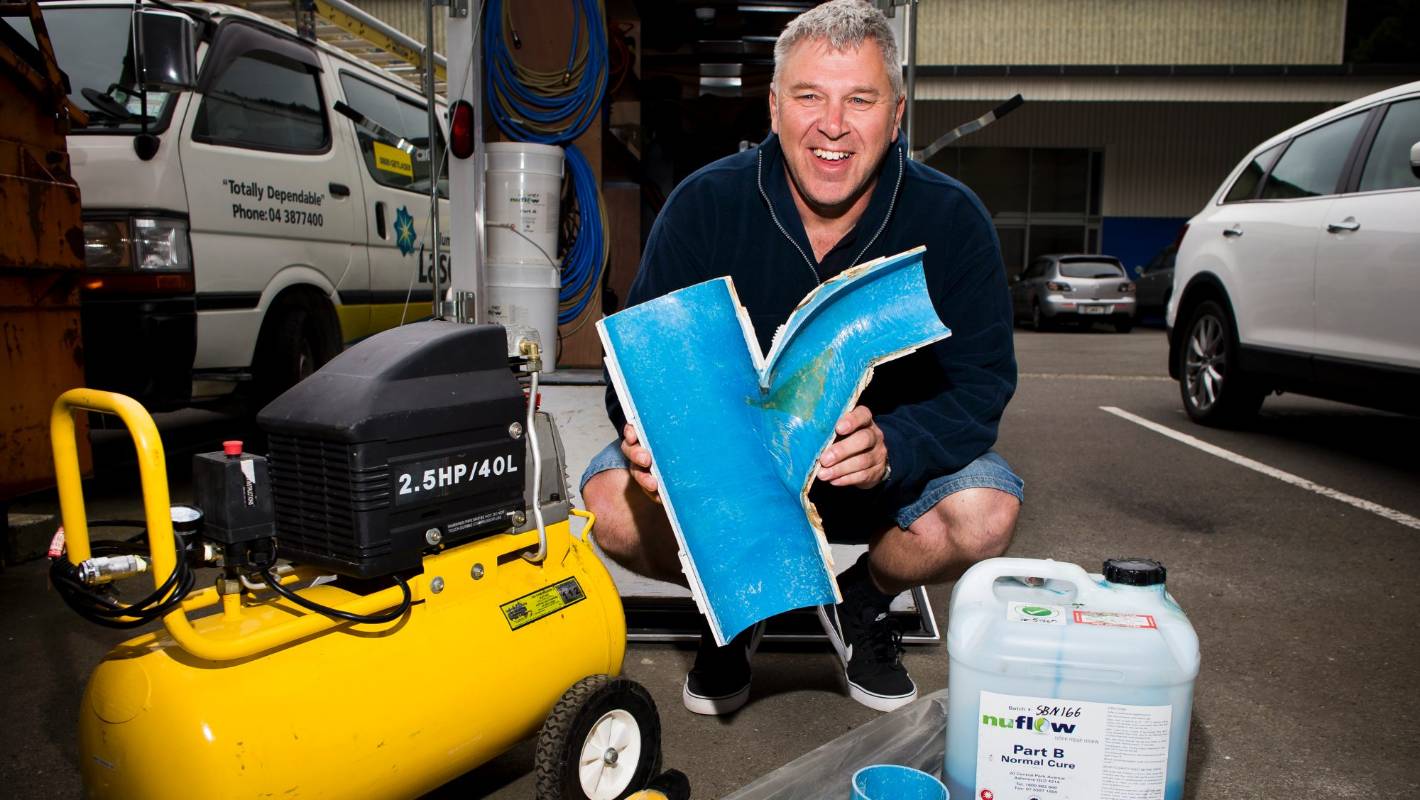 A Wellington plumber claims they have the solution to repairing the capital’s aging pipes without the need for excavation.

In September Wellington woman Stella Lawson found out that it is the homeowner’s responsibility to maintain private sewers.

Her bill to repair a pipe rose to $ 22,000 because she had to pay part of Devonshire Road in Miramar to be excavated, including the cost of contractors servicing stop-go signs while it was happening.

Simon Walker, director of laser installations, claims a new method his company uses could have fixed their problem for about $ 5,000.

Walker, who has been in the business for 20 years, is licensed to use Nu Flow trenchless technology to repair sewer lines.

He believed that his plumbing business was the only company in Wellington using the technology and one of about seven companies in New Zealand that was licensed to use the technology.

“The method effectively repairs the pipes in the ground without digging up the road. This can save a homeowner a lot of money, especially when digging the side of hills, cobblestones and roads.”

A bladder was threaded through a manhole with a rope and a camera. It would then be filled with two liquid chemicals and inflated, creating an epoxy liner. The tube would then be deflated and pulled out.

The bladder could expand to fit the size of each tube and could also repair joints, Walker said.

Similar methods existed in New Zealand, but required a machine to peel off the liner on the side of the pipe, dig to get to the pipe, and not fix any joints, he said.

“This is a pull-and-place method that is much cheaper and could save thousands.”

His employees saw great damage to old pipes in the city.

“Some are the result of the intrusion of fine roots of the Pohutukawa trees. Others are misaligned due to earthquakes.”

They had a meeting with councils on the use of the technology, but they were “moving slowly” with an answer, he said.

After a major water pipeline rupture in March 2014, a Wellington City Council spokesman said some pipelines in the area were at the end of their useful life.

In July 2014, several offices in central Wellington were without water after an old pipe burst and flooded a section near Hunter Street and Jervois Quay.

Wellington Water, which manages rainwater and sanitation in the Wellington area, belongs to the councils of Hutt, Porirua, Upper Hutt, and Wellington.

Spokesman Alex van Paassen said business ideas like this should be presented to construction firms working for the council.

The councils faced many business problems and he believed they used trenchless methods when necessary.

The method would not work for collapsed pipes and councils were not fixing private side connections, he said.