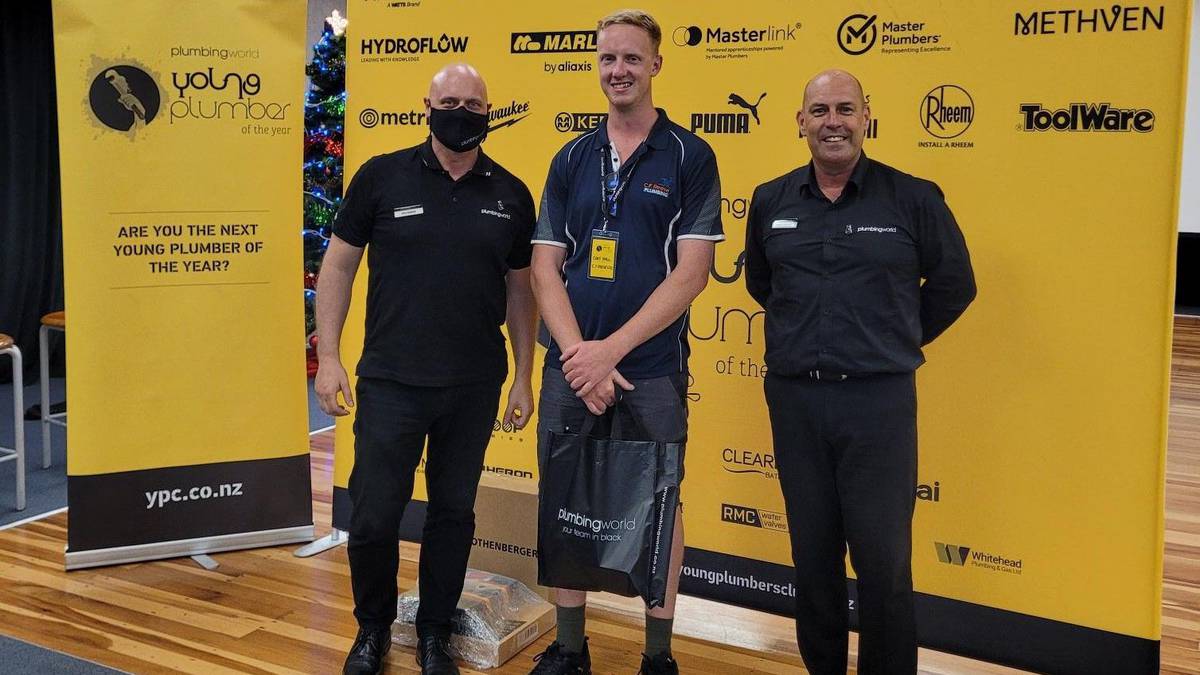 Hamilton plumber Cody Hall from CF Reese Plumbing Ltd has won the Waikato / Taranaki regional round of the Young Plumber of the Year 2021 competition and will take part in the national finals in February.

In the regional challenge earlier this month, he competed against nine other local plumbers and completed a series of 11 plumbing disciplines and a written test that was judged by a jury.

As a regional finalist, Cody is one of the top 10 plumbers from all over New Zealand and is looking forward to participating in the national competition.

“Those years [regional] The competition was really a challenge. I didn’t expect to win, but I’m thrilled that I made it and I’m excited to have the opportunity to compete in the final, “said Cody.

“I had so much support during this event which was great – my team at the Te Rapa Plumbing World office and of course my family and friends were all 100 percent behind me.”

“I’m extremely proud of Cody and absolutely thrilled that he made it to the finals – he’s an incredibly talented young plumber. We will support him during the next phase of the competition while he does his best in the upcoming final. “”

The regional winners received a package of prizes with a Prezzy card valued at $ 200, NZPM shares valued at $ 250, a 17-piece hole saw set with a bonus barbecue knife set, a Rothenberger tool Pack system and a Coast USB Pure Beam headlamp.

The national competition, hosted by Plumbing World New Zealand, is in its fourth year promoting young and emerging talent in the New Zealand retail industry.

The national finals of the Young Plumber Of The Year competition will take place on February 19 at Wintec Hamilton and will support young plumbers under the age of 31.

For their support, the winner’s employer will receive a prize including $ 1,000 in NZPM RPS stock, a $ 750 Puma Golf voucher, a $ 500 fuel voucher for operating the winning van, and a year-long supply of Red Bull.

Supporting and encouraging new talent to get into and thrive in the industry is vital at a time when New Zealand needs a surge in new plumbers to meet the growing demand.